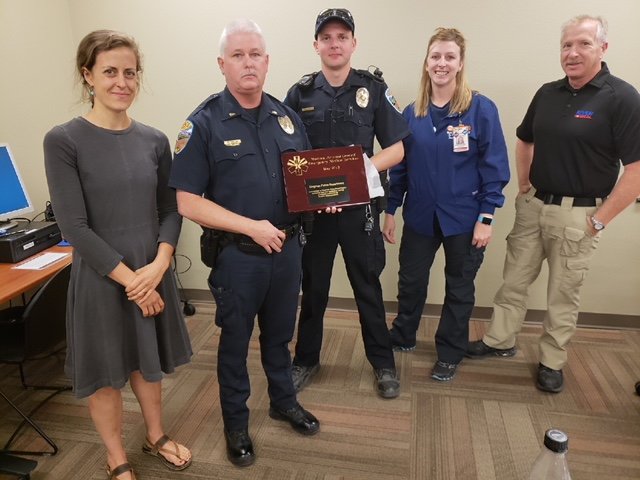 KINGMAN–The Kingman Police Department received recognition Thursday by the Western Arizona Council of EMS for their development, training and activation of its law enforcement Narcan Program.

Officer Shawn Wyma is credited for administering Narcan in the field and saving the lives of five individuals who were dying due to heroin or opioid overdose, said Kingman Police Deputy Chief Rusty Cooper.

The WACEMS is a regional EMS committee that supports the EMS service in the western region of Arizona with grants, supplies, education and equipment. The WACEMS is supported by the State of Arizona, which also includes similar groups in the northern, southern and central regions of the state.

“WACEMS wanted to recognize KPD for being the first in the state to develop the law enforcement Narcan program in response to the increase of heroin and opioid overdoses,” said Cooper.