KINGMAN – Promotion of John Goodwin to the rank of Sergeant 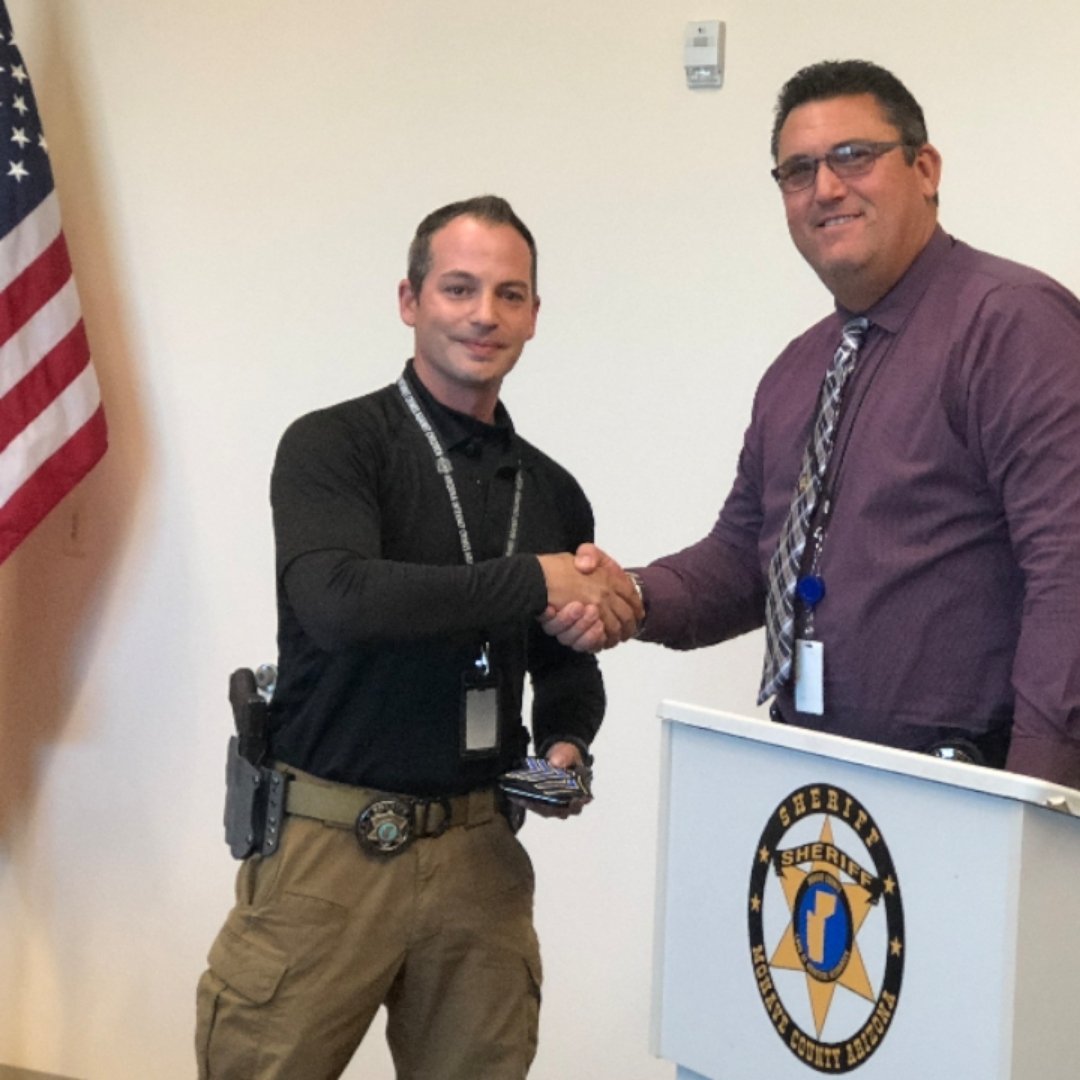 On Thursday March 14, the Mohave County Sheriff’s Office celebrated the promotion of John Goodwin to the rank of Sergeant. He has demonstrated that he has the knowledge, experience, and tenure to act as a supervisor and lead others. John Goodwin is recognized as a valuable member of the Mohave County Sheriff’s Office. Goodwin started his career as a Detention Officer in June of 2004. In August 2005, Goodwin was selected to attend the law enforcement academy to become a deputy. Goodwin quickly excelled in his duties and became a Field Training Officer, sharing his knowledge with others. In March 2013, Goodwin was selected for a transfer to the Detective Division, where he has spent the last 6 years.
Please help us to congratulate Sergeant Goodwin as he steps into his new role with the Mohave County Sheriff’s Office.

← Prev: BULLHEAD- Animal Care and Welfare Is Seeking Information On a Dog Abandonment Incident. Next: MOHAVE COUNTY - Arizona Kids Unite Against The Epidemic Of Tobacco and E-cigarette Use. →