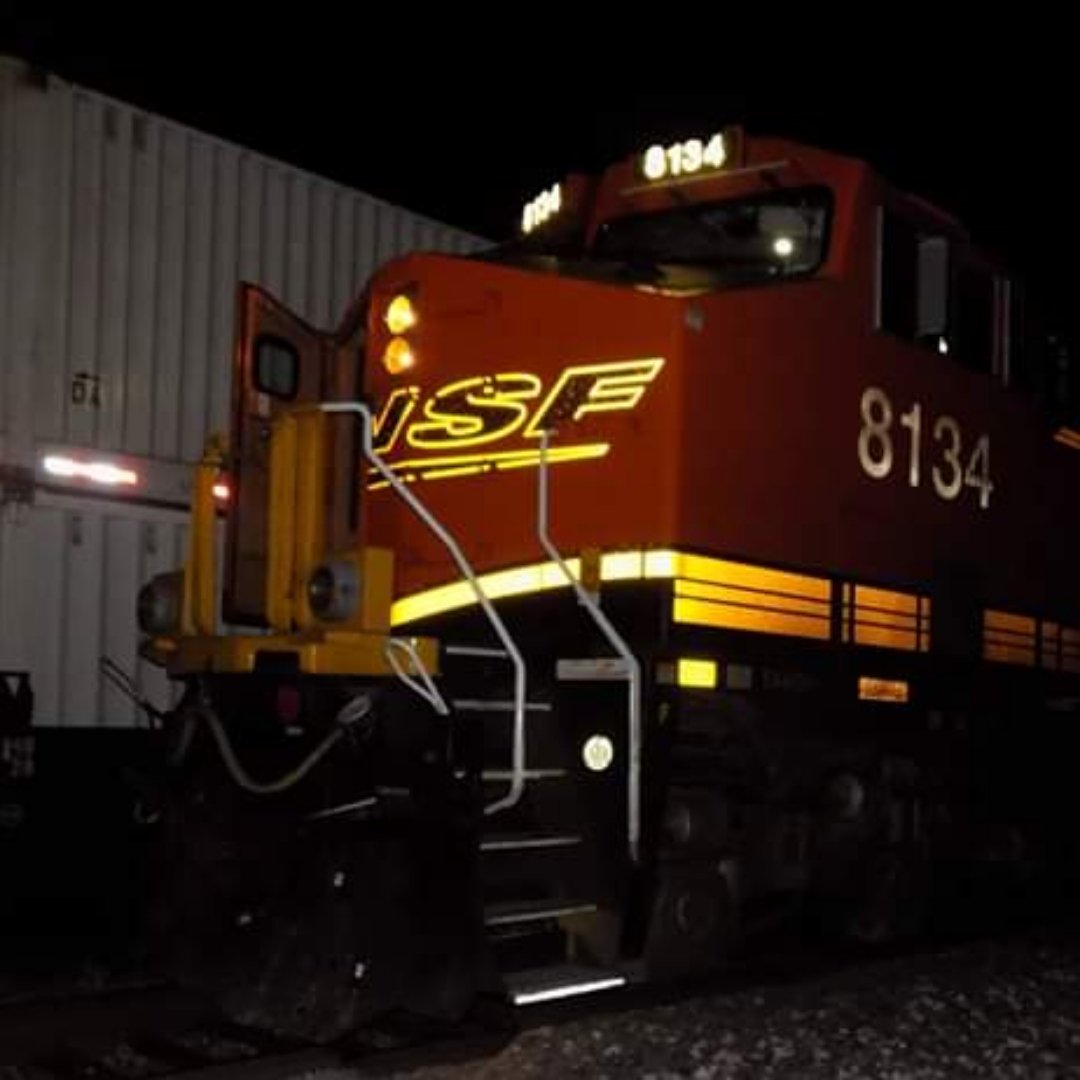 On Wednesday (2/27) at approximately 9:40 PM, a male subject, later identified as Kasper Gillespie, 23 of Kingman, was walking along the east bound tracks near the area of railroad milepost 509, directly across the highway from the Thompson Ave. intersection. The west bound BNSF train noticed Gillespie and gave several warning blasts from their horn. Gillespie was seen staggering and crossed the tracks as the engineers activated the brakes. Gillespie was struck by the right side stair rails on the front engine and was knocked to the ground. After stopping, the train crew checked and found Gillespie was responsive and called for medical and law enforcement to respond. Gillespie was found to be under the influence of an illegal substance and admitted to using methamphetamine. Gillespie was transported to University Medical Center in Las Vegas where it was found he sustained several non-life threatening injuries. BNSF staff responded and the engineer crew was able to continue their route. This investigation is ongoing.