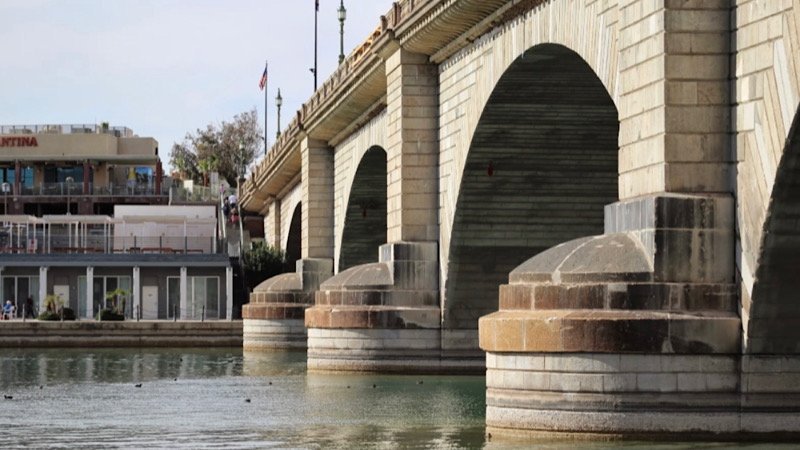 Robert P. McCulloch purchased the London Bridge from the City of London Corporation in 1968. Three years later, the reconstruction of the London Bridge in Lake Havasu City was completed and dedicated in 1971. Please join us as we celebrate the Golden Anniversary of the completion and dedication of the London Bridge in Lake Havasu City throughout the month of October.  We are commemorating the past 50 years of honored traditions through collaborative efforts of the City, local businesses, organizations, and the citizens and pioneers of our community.

Join us on Thursday, October 28th at 4:00p.m. at the stage under the London Bridge for the City’s Golden Anniversary Dedication Celebration.  This event will honor Robert P. McCulloch and feature dignitaries from the State of Arizona and London. The London Bridge Days Parade will be held on Saturday, October 30th at 10:00a.m.  The parade will be followed by a Gala Dinner that evening, hosted by Mayor Cal Sheehy at the London Bridge Resort at 5:30 p.m. Tickets to the Gala Dinner can be purchased at www.lhcaz.gov/50th.

Mayor Cal Sheehy is excited to welcome all citizens, pioneers, visitors, and dignitaries to Lake Havasu City for the Golden Anniversary of the London Bridge.

“We can’t wait to celebrate the London Bridge! This celebration is something we can all look forward to and enjoy,” said Mayor Cal Sheehy. “This major milestone is about celebrating the unique character and history that makes our community the best. We hope everyone will join in the festivities and have an amazing experience.”

← Prev: Coffee With A Cop Next: 121 New COVID-19 Cases Since Wednesday at Noon in Mohave County →