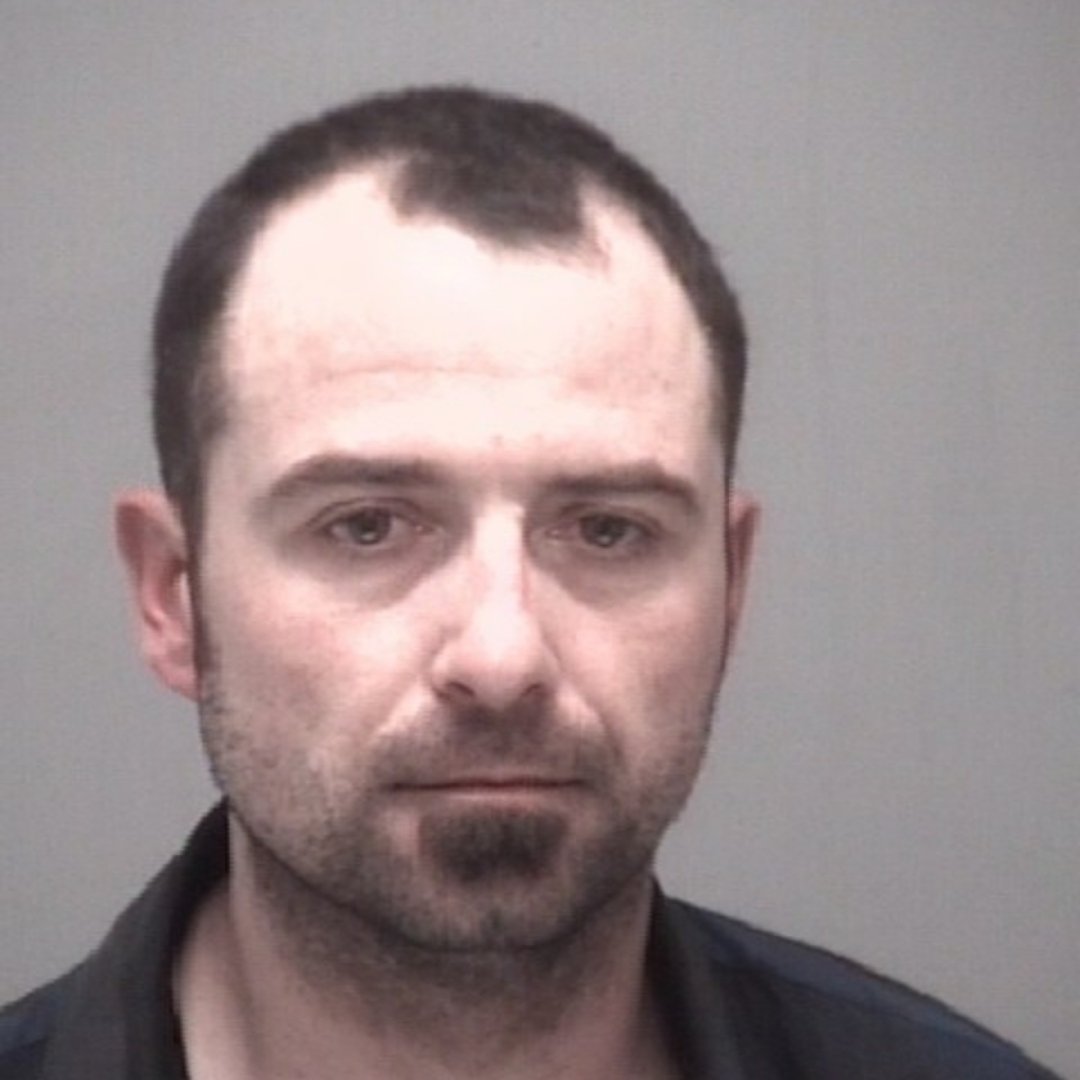 On February 14, Lake Havasu City Police Officers began investigating the use of stolen credit cards at a business in the 1700 block of Industrial Boulevard where a suspect was using a cell phone with “quick pay” features pre-loaded with credit card information. At that time, officers were able to gather information regarding the suspect, who was described as a Caucasian male, wearing a black jacket and blue jeans, and having short black facial hair.

At approximately 4:30 p.m., on February 15, the same male suspect returned to the business in the 1700 block of Industrial Boulevard and again attempted to use stolen credit cards to make purchases. The suspect ultimately left in a newer black Chevrolet Suburban with a California license plate in an unknown direction.

The Lake Havasu City Police Department’s Street Crimes Unit began actively looking for the subject and vehicle, ultimately locating it parked at a hotel in the 1000 Block of McCulloch Boulevard North.

At approximately 6:45 p.m., February 15, the suspect, 35-year-old Aleksandar Matic, of Whittier, California, was contacted and arrested at the hotel after he gave officers a false name. Once officers discovered Matic’s true identity, they found two active warrants for his arrest.

As a result of the Investigation, Matic was arrested and charged with forgery, aggravated taking identity of another person, theft of a credit card, fraudulent use of a credit card, fraudulent schemes, false reporting to law enforcement, and the two warrants. Matic was also arrested and charged with possession of dangerous drugs and possession of drug paraphernalia after he was found to have a usable amount of methamphetamine on his person.

During his initial appearance, Matic was held on a $20,000 cash bond and transferred to the custody of the Mohave County Sheriff’s Office.

← Prev: KINGMAN - Gathering of the Faithful and Faithless in Kingman Next: ADOT- Powerful Winter Storm Hammers Travel Across Much of Arizona →