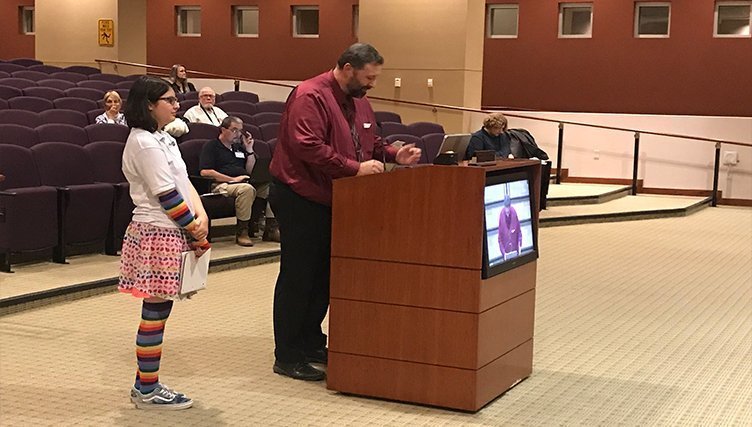 Lengthy presentations by the League of Arizona Cities and Towns, a 1st Quarter Fiscal Year 2019 Financial Review and Transaction Privilege Tax Collection Report started the night, but one surely got the attention of one of the more progressive councils in years.

David Rice, Lee Williams High School biology teacher, speech and debate coach and sponsor of the LWHS Gay-Straight Alliance, made a petition for the protection and recognition of the Lesbian, Gay, Bisexual, Transgendered, Queer and Questioning community in Kingman. He was joined by other advocates of local LBGTQ causes.

“As you are currently no doubt aware, there are no federal or state-level guarantees of civil protection for (LBGTQ) individuals,” Rice told the council.

He added that other cities across the country have amended civil ordinances to include protections that already cover race, color, religion, sex, age, veteran status and national origin.

Elisa Jenkins, an 18-year-old LWHS senior and GSA member joined Rice to make a poignant, 18-second speech that got straight to the point.

“As a senior in high school, it would be very comforting to know that when I go into the workforce I will not have to worry about something like my sexuality holding me back from something like getting a job or losing one,” Jenkins said. “Adding this amendment is not only a civil right for LGBTQ, but a moral right for everyone in the community. That’s all I have to say.”

Deacon Ben Rodenbeck of Trinity Episcopal Church and Trecia Christopherson, founder of the community inclusiveness group Kingman Area Diversity Endeavor, joined the discussion and pointed out the need for support.

They referenced local controversies from earlier this year – mainly the episode of Sacha Baron Cohen’s satire show “Who is America?” and a flap over the sale and display of Confederate flags – both of which have promoted Kingman as a hotbed of racism. They encouraged the new council to use this opportunity to embrace diversity.

“A few months ago, a TV show came out that labeled Kingman as the most racist town in America,” said Rodenbeck. “I don’t know if I agree with that perspective, but it’s out there now. Now everybody sees Kingman as a racist city.”

He preached for peace.

“We as a community need to combat this idea. We’re not the most racist city in America, but we are a warm and welcoming community.”

“As it was touched on, we currently have a nasty image out there,” she said. “This is definitely a new opportunity for our new city council to show compassion, empathy and support of those who all too often don’t receive such.”

City Manager Ron Foggin told the council that he’s worked with Rice to identify a piece of legislation (currently used in Flagstaff) to protect LGBTQ individuals.

“The opportunity was to have the presentation made to get everybody thinking about it,” said Foggin, who will continue to further a plan for council consideration.

Councilwoman Jamie Scott Stehly thanked the group for their courage but with some dismay. 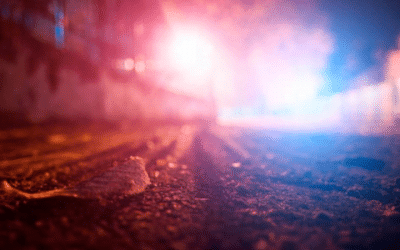 Kingman Police detectives are conducting a death investigation after human remains were discovered during the...