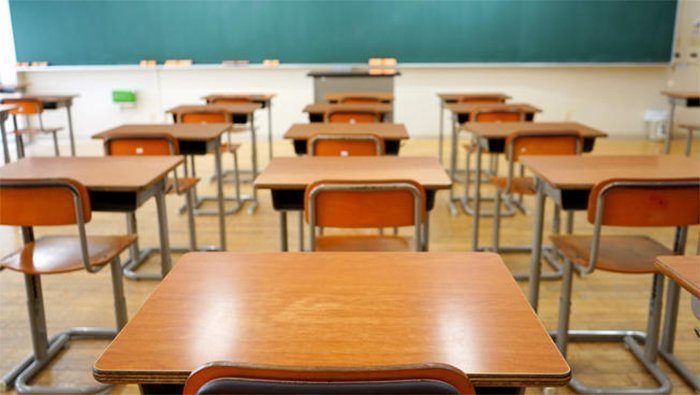 FORT MOHAVE–A local charter school will not face any intent to revoke its charter status after reportedly entering into a consent agreement to remain in compliance with the Arizona School Board of Charter Schools.

In board meeting minutes from September 10, it stated Desert Star Academy had failed to meet the minimum operational performance expectations set forth by Arizona standard code. The charter received an overall rating of “Does Not Meet the Board’s Operational Performance Standard” due to six of the nine operational standards being rated as “Does Not Meet Standard” when it came to complying with law, maintaining a safe environment, adhering to applicable statutory education requirements, student admission and attendance.

The board unanimously approved a consent agreement as long as it was signed by both parties on or before October 1. If they failed to sign the proposed agreement, a notice of intent to revoke would be filed by the AZSBCS on October 1 against Desert Star Academy.

“We are on the October agenda to finalize the Consent Agreement from the attendance audit and various complaints from last year,” said Desert Star Academy Supt. Margie Montgomery.” IF Desert Star does not sign the agreement THEN the board will move forward to revoke the charter. I have already signed it. The school is not in any danger of closing.”

According to the report from ASBCS, the investigation into the operations of Desert Star Academy began in September 2017 when a complaint was made alleging the school deducted amounts from employees’ paycheck and failed to remit those amounts to health insurance or 401K providers at various times during the fiscal years of 2016, 2017 and 2018.

Montgomery reportedly provided evidence that deposits of employee and employer plan contributions were made through the August 2018 period and payment for their staff’s and defendant’s health coverage through September 2018.

In August 2017, the school was notified of allegations regarding students with special educational needs not receiving the required state mandated instruction. The board states allegations were filed to the Arizona Department of Education/Dispute Resolution department reporting the school failed to ensure eligible students with disabilities were provided speech-language therapy, occupational therapy and/or physical therapy in conformity with their IEPs. On May 11, 2018, ADE/DR sent the school a letter of completion, stating the final corrective action documentation related to the Special Education Complaint was received on April 19, 2018.

An audit report for fiscal years 2015 through 2017, reportedly showed the charter school had reported students that were not old enough to be enrolled and some students were reported, but did not attend the school, which resulted in overfunding in the amount of $115,526.42.

In February, Desert Star Academy informed AZSBCS that it would appeal the audit findings and reimbursement requirement. However, in April 2018, the school and the Arizona Department of Education agreed to a settlement of paying back $85,000 via equal withholding from the school’s state equalization assistance from August 2018 through June 2020.

In July, the AZSBCS sent a draft proposed consent agreement to Desert Star Academy. A final copy of the agreement was presented to the AZSBCS board on September 10 and unanimously approved by the board members.

The agreement will now be presented to the governing board of Desert Star Academy on September 25 for their vote of approval.

In the agreement, Desert Star Academy agrees to the following requirements set forth by the AZSBCS:

The school may be subject to its charter being revoked if any items on the consent agreement are breached at any time from now until June 2020. For the full report, HERE.

A request for comment from Supt. Montgomery was not returned by press time.

Desert Star Academy opened in 2014 and currently has 408 students registered. In August 2017, Desert Star Middle School opened its location across from the elementary school in Fort Mohave.