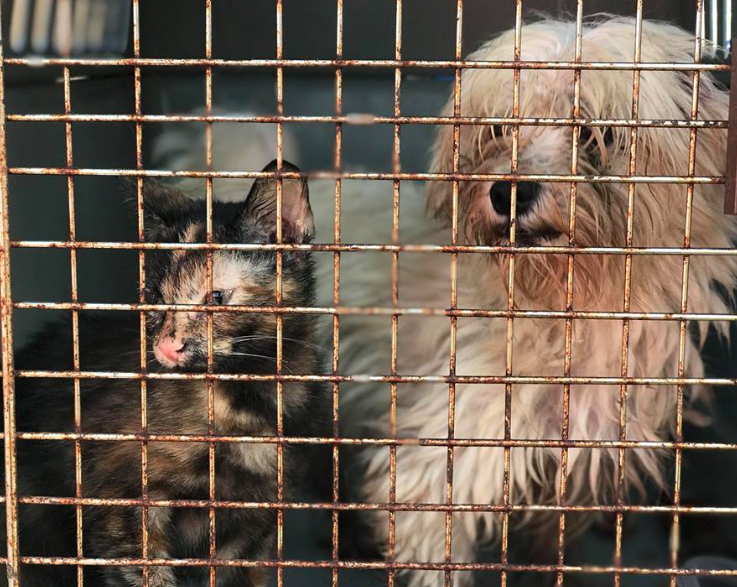 NORTH CAROLINA–As Hurricane Florence barreled down on the Carolina’s and thousands began to flee the coastline, one local couple dedicated to helping animals in devastated areas packed up their caravan and headed east.

Jeri and David Langman, owners of Guiding Spirits Animal Rescue, have been in North Carolina since Sept. 19 conducting dozens of rescues of animals left behind in flood waters.

“We started preparing the day we heard of Florence’s impending strike against the Carolinas,” said Jeri Langman.” We would have left right then and there, but we had to purchase our passenger van to house us and hold animals and supplies. Then we had to put out a plea for donations of funds and gas cards to get us there, plus supplies for the animals, food, blankets, medical supplies, etc.”

Over the past week since the hurricane struck, the group has been fielding hundreds of calls and messages regarding stranded animals. Some tied to trees or structures, others stuck on rooftops as water rose around them.

One call though thrusted the group into a “nightmare” rescue of over 600 animals.

“We were doing our own rescue operations when K9 Global Rescue contacted us and asked if we wanted to help in an operation,” said Langman.

Langman told The Bee that K9 Global Rescue, another nonprofit organization, received a call regarding two dogs on the rooftop of a home in Robeson County, North Carolina. Drone footage later uncovered a horrific hoarding situation, which prompted immediate action by the animal rescue groups.

Videos and photos posted on Langman’s organization Facebook page shows the rescue as it unfolded.

“Hundreds were dead,” said Langman. “We saved about 400, but some have died. This is how these animals lived. A pig was found locked in a filing cabinet that had been submerged in water. They just stayed there and let them die. It wasn’t until the group got word there were two dogs trapped on a roof that they sent drones up and found it. The people ran. Then a search warrant was issued and it became a HUGE crime scene.”

The property owner’s reportedly returned during the night to retrieve their breeding dogs from the home before the search warrant was executed the following morning.

“This hurricane saved the lives of over 400 animals that were living here,” she said.

However, Hurricane Florence isn’t the Langman’s first rodeo when it comes to rescuing animals in reported unsafe conditions.

The two were at the helm of the rescue operation in Golden Valley after the county shut down Rescue Unwanted Furry Friends Foundation, also known as R.U.F.F.F. House.

The Langman’s have worked alongside Guardians of Rescue, a New-York based animal rescue organization, on and off for the past four years. It was with this organization that they headed out to their first hurricane rescue operation when Hurricane Harvey slammed into the Gulf of Mexico.

“It was a learning lesson for sure and not at all prepared,” said Langman. “There was one local girl there with access to the Ford Center and she just stepped up and started taking on animals of every sort. It was madness! I think there needs to be a plan in place for when this happens again. We jumped in the car and just ran to Houston without knowing anything. We now know how to prepare ourselves for these situations,” she said. “When we were down in Houston and scanning the neighborhoods for animals, my boat capsized in the flood waters. We learned that just because we are rescuing doesn’t mean we are safe. That experience has absolutely prepared us for future disasters.”

In addition to Hurricane Harvey, The Langman’s have rescued animals following Hurricane Irma in Florida and the Keys, and Hurricane Maria in Puerto Rico last year.

The mission of the nonprofit organization is to reach as many homeless, abandoned, neglected, unloved and lost animals and get them to safety as soon as possible.

Guiding Spirits Animal Rescue is currently in the pending status for their 501(c)3 status. To make a donation, visit www.guidingspirtitsanimalrescue.org and click on the “Donate” button.

For now, the rescues will continue up and down the Carolina’s until the waters recede and each animal is safe. 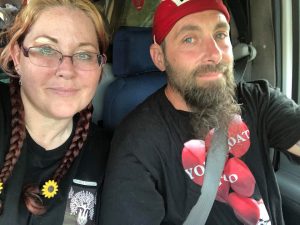 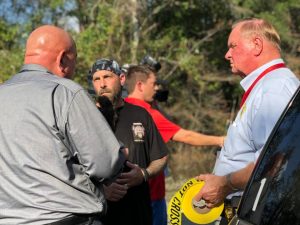 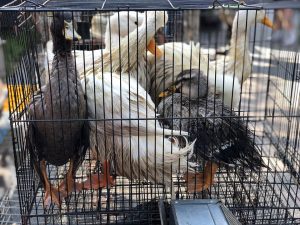 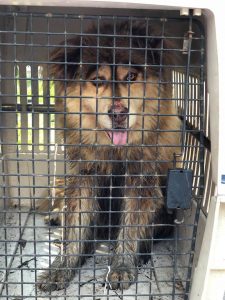 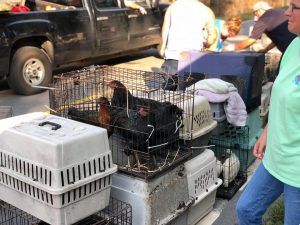 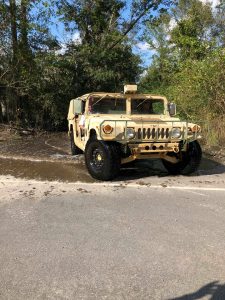 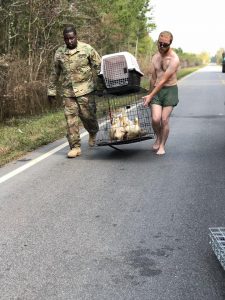 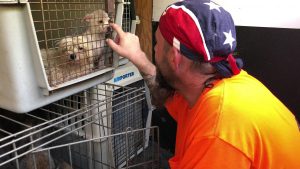 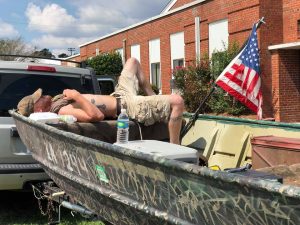 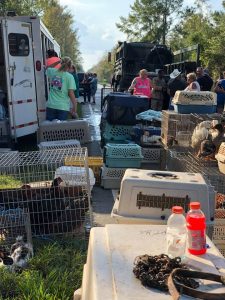 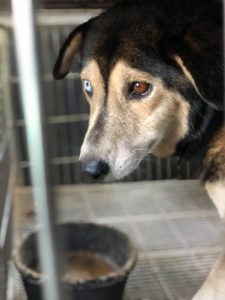 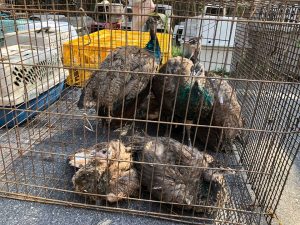