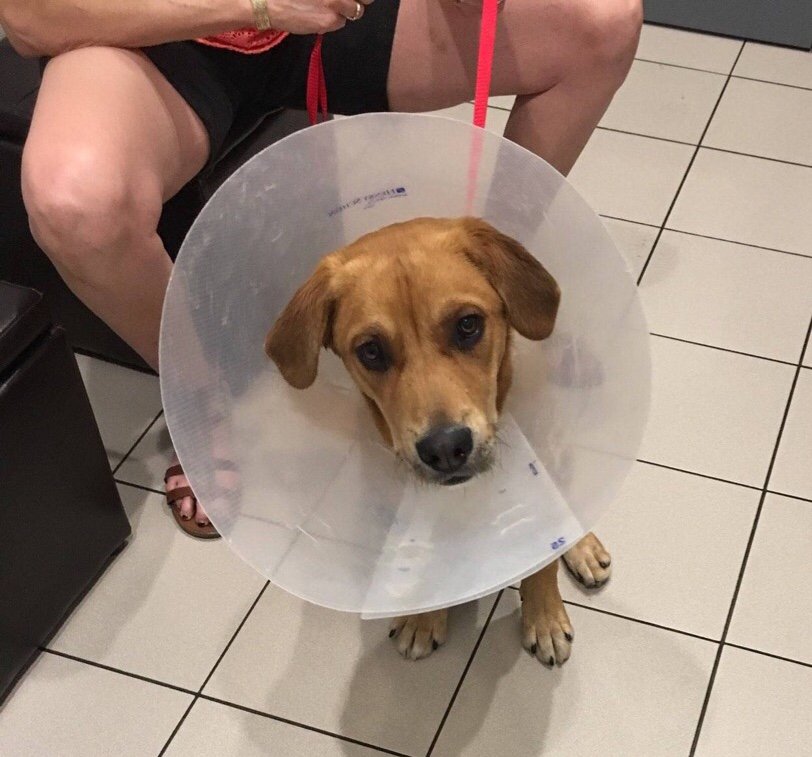 BULLHEAD CITY—The Saving Animals In Need Together (S.A.I.N.T.) organization is in need of donations to help replenish the Ron Jenner Pet Emergency Medical Fund, which is used to help local animals in emergency situations when their owners are unable to pay for their care.

The fund has been used to help alleviate costs for a Maltese in need of surgery, whose owner is currently in hospice care.

The emergency funds have also helped a Chihuahua with a mammary tumor, a puppy with a severe GI infection, a pregnant Chihuaha who couldn’t deliver her puppies and a Pit Bull with a severe stomach blockage which turned out to be a rock she had swallowed.

However, the most recent usage of the fund was used for Leon, a very young Golden Retriever mix who wandered out of the desert, very emaciated and dragging his back end.

“The head or ball of Leon’s femur was broken in two. He possibly was hit by a car about a month and a half before he became part of the S.A.I.N.T lives program,” said Nikki Reagan, board member and media spokeswoman.

“Leon also broke some of his toes on the opposite foot, which have since healed on their own,” she added.

Reagan said the vet had to do an FHO surgery, which basically means they removed the broken head (ball) and created a floating hip.

Surgery was conducted on May 22 at West Flamingo Animal Hospital in Las Vegas by a board certified orthopedic vet  to make sure that he will be able to live a healthy, mobile life.

“As soon as he heals and completes his rehabilitation, Leon will be up for adoption,” she said.

The organization is asking for the communities help in raising funds that will allow them to continue to provide emergency medical care, low cost spay and neuter services and to find homes for homeless pets in our community.

Donations can be made to S.A.I.N.T. and dropped off at Donn Williams Jewelers in Bullhead City, mailed to P.O. Box 22411, Bullhead City, AZ 86439 or online through their website at www.BHCSaint.org.

Any and all support is greatly appreciated. 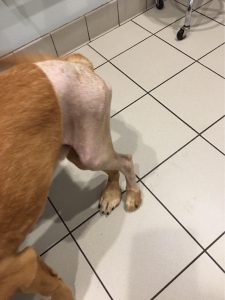 ← Prev: A Dry Winter Makes for Weary Residents in the Hualapai Mountains Next: Boil Water Order Still In Effect For Parts Of Laughlin →