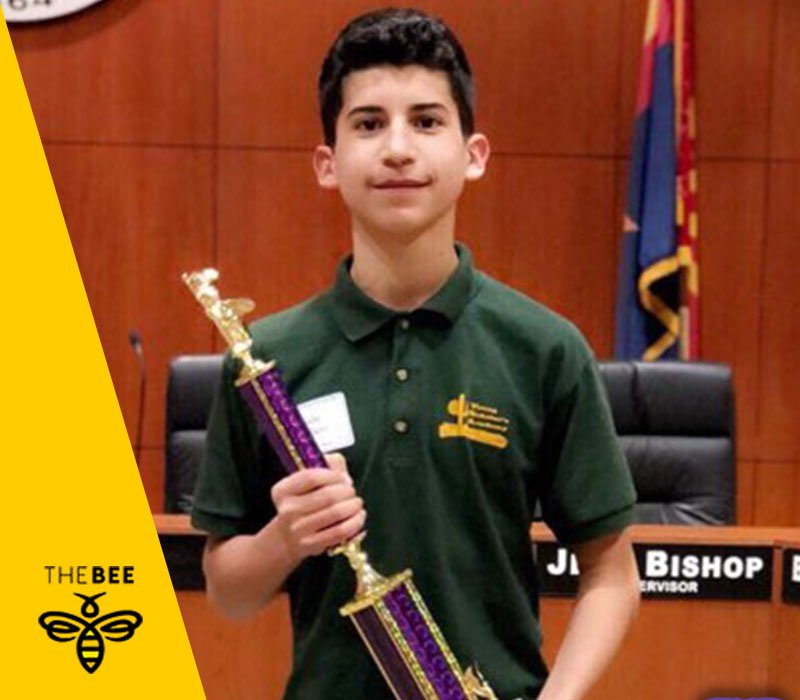 MOHAVE COUNTY–Eighth-grader Gabriel Vollaire was crowned spelling bee king Friday after facing off against 22 other local students at the Mohave County Spelling Bee competition in Kingman.
An honor student at Young Scholar’s Academy in Fort Mohave, Vollaire won his school spelling bee on January 11 giving him the chance to move on to the county spelling bee championship where he clinched the title after correctly spelling “patel” during the championship showdown held inside the Mohave County Board of Supervisors council chambers. “It’s an honor to represent my school, friends, and family,” said Vollaire.
He will now represent Mohave County on March 24 when he heads to Phoenix to show off his spelling skills at the State Spelling Bee Competition.
“I look forward to the challenge,” Vollaire said of the state championships.