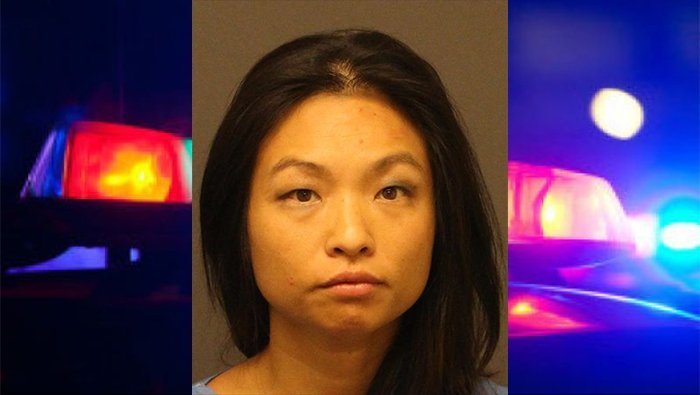 BULLHEAD CITY–A local woman is in jail this week after she reportedly took out her aggression on the property of someone she had an on-again/off-again relationship.

Bullhead City Police spokeswoman Emily Fromelt said officers were called Tuesday to the 300 block of Riverfront Drive after a neighbor called to report loud/crashing noises coming from a residence next door. The reporting party told police that the homeowner was not home and no one should be in the home.

When officers arrived, said Fromelt, they made contact with a female, later identified as Staaf, who did not have permission to be at the home.

Officers discovered the house had significant damage, which included damage to dining room chairs, vents ripped from the ceiling, paint poured over glass counter tops and the stove, the refrigerator and couches were reportedly stabbed with a knife, broken windows, smashed television, kitchen appliance thrown and ruined and glue poured down gun barrels, said Fromelt.

Staaf was placed into custody and taken to the Mohave County jail in Kingman. She is currently being held on a $75,000 bond.