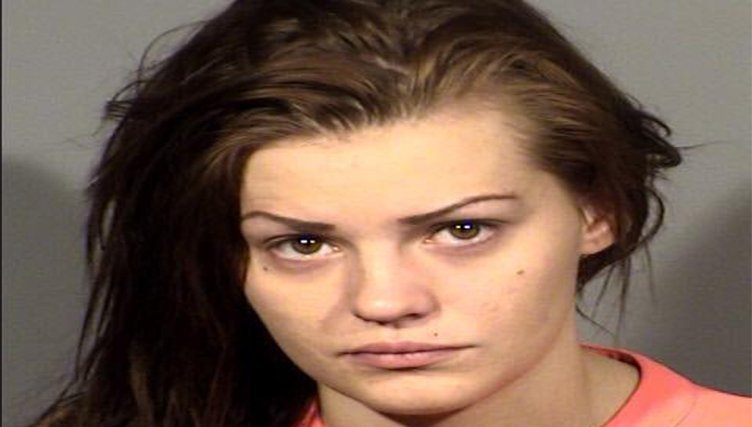 Whipple is seen here in a mugshot from an April 2018 arrest. Police are searching for her in connection to a deadly hit-and-run. CONTRIBUTED/Las Vegas Police

Surveillance video released Thursday by Las Vegas Police show Whipple exiting the store and walking to her car. She then starts to back up to leave when salon owner Nhu “Annie” Nguyen races after her. Nguyen is seen jumping in front of the suspect’s vehicle as Nguyen’s husband grabs on to the rear of the vehicle. The suspect, Whipple, is alleged to have accelerated, striking Nguyen and dragging her underneath the vehicle as Whipple fled the scene.

The incident began after Whipple allegedly tried to pay her $35 bill with a fraudulent credit card.

Lt. Ray Spencer said in a video conference that Whipple told Nguyen she would get the cash out of her vehicle and return to pay it. However, Whipple failed to return.

Nguyen was taken to University Medical Center and pronounced dead.

Nguyen was a longtime resident of Bullhead City and former owner of Lovely Nails salon prior to moving to Las Vegas last year. Over the past week, friends and family of Annie have taken to social media pages to express their sorrows and stories they had exchanged with Annie over the decade of her living in the Tri-state.

As for Whipple, Metro is asking for the public’s assistance in finding her. Anyone with information is asked to contact their local police department or LVMPD 702-828-3521 or www.crimestoppersofsnv.com.