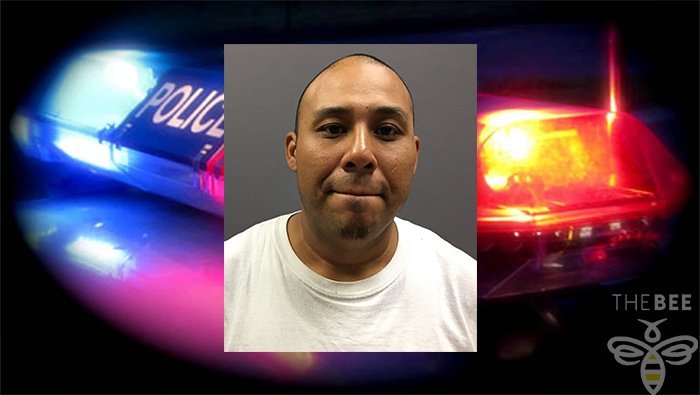 BULLHEAD CITY–A local man was arrested Thursday after he reportedly robbed a man walking in the 1800 block of Coronado Drive.

Bullhead City Police spokeswoman Emily Fromelt said officers were called to Coronado Drive after a male victim reported he was robbed by another male while walking home.

The victim was reportedly approached by a male–later identified as Herrera–who allegedly demanded money.

Fromelt said the victim told Herrera he did not have any and to leave him alone after Herrera reportedly rifled through the victim’s pockets in an aggressive manner.

At that point, Herrera is accused of stealing the victim’s cellphone before fleeing the scene on his own bike.

Police traced the location of the cellphone to a residence in the 1800 block of Artesia Drive. There, they reportedly made contact with Herrera, whose description was similar to that of the suspect.

Fromelt said when police were questioning Herrera about a stolen cellphone, Herrera reportedly pulled the cellphone from his pocket and threw it to the ground.

“He pretended he didn’t have it in his possession,” she said.

Herrera was taken to the Mohave County jail in Kingman.