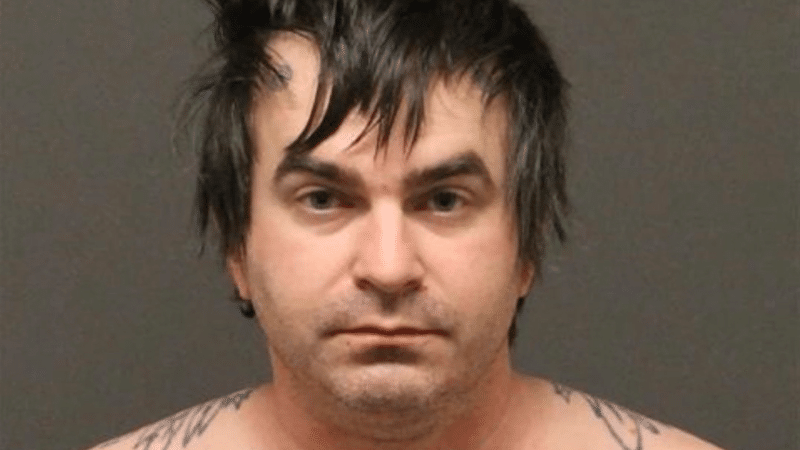 Mohave County Sheriff’s Office Deputies arrested James Alexander Porrello, 37 of Meadview, for Aggravated Assault with a Dangerous Instrument, Disorderly Conduct with a Weapon, both felonies, and misdemeanor Criminal Damage. On Friday (3/4) at 10:25 AM, deputies received a call of shots fired at a residence in Meadview. The reporting party/ victim advised that he owns a repossession company and was responding to a residence in the 27000 block of Hummingbird Dr. to repossess a truck.

The victim advised that while on scene, Porrello produced a shotgun and was threatening to shoot if they didn’t leave the property. The victim further alleged that as they were leaving the property with the truck, Porrello fired approximately six rounds from a rifle at the vehicle. Deputies observed bullet holes in both vehicles. Deputies and members of MCSO SWAT responded to the residence and a perimeter was established around the property.

Deputies began giving verbal commands over their PA system for Porrello to exit the residence. A few minutes later, Porrello exited the residence with his hands in the air and was taken into custody. A search warrant was served at the home, where detectives located multiple firearms. James Alexander Porrello was transported and booked into the Mohave County Adult Detention Facility without incident.