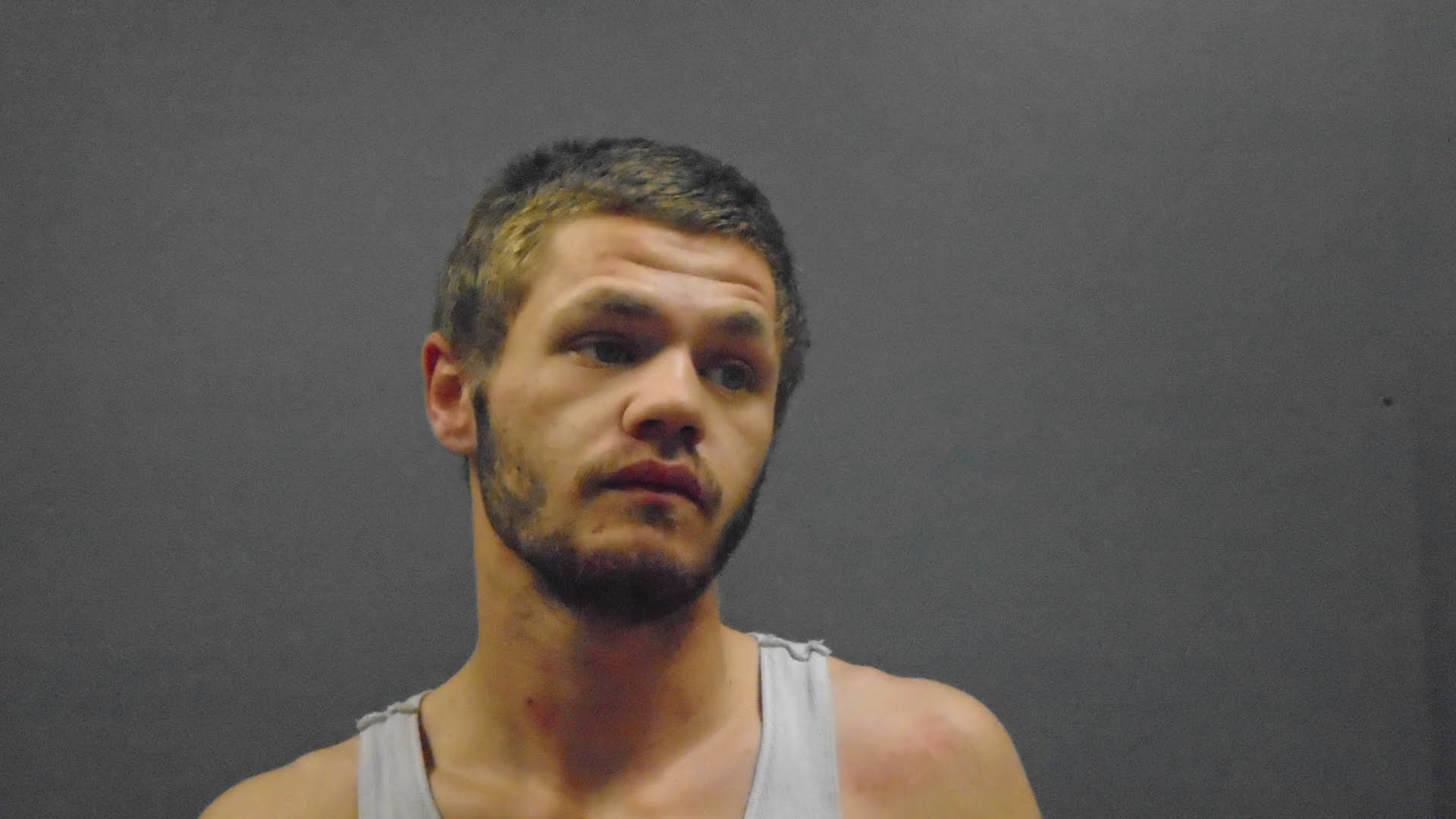 A man was arrested for several felony charges after crashing a stolen vehicle and fleeing from police.

On Wednesday, April 11th at approximately 1 p.m., the San Bernardino County Sheriff’s Office notified the Bullhead City Police Department that they were in an active pursuit with a stolen vehicle and were approaching Bullhead City limits.

The San Bernardino County Sheriff’s Office cancelled their pursuit once within Bullhead City limits and Bullhead City Police officers did not continue the pursuit. The stolen silver Honda car continued to drive recklessly northbound on the highway. The driver, Blakley, ultimately crashed into two vehicles at Highway 95 and Riverview Drive. He then continued to flee and drove the vehicle until it became disabled at Kaibab and Riverview Drive. Blakley took off running into the desert area where a citizen ran after him and detained him until police arrived on scene. A small baggie of methamphetamine was found in his sock and a meth pipe was located in his pocket.

Blakley’s girlfriend and her 3-year-old son were passengers inside the stolen car. No one in the accident reported any injuries.

Blakley is currently being booked and will be later transported into the Mohave County Jail in Kingman, AZ.