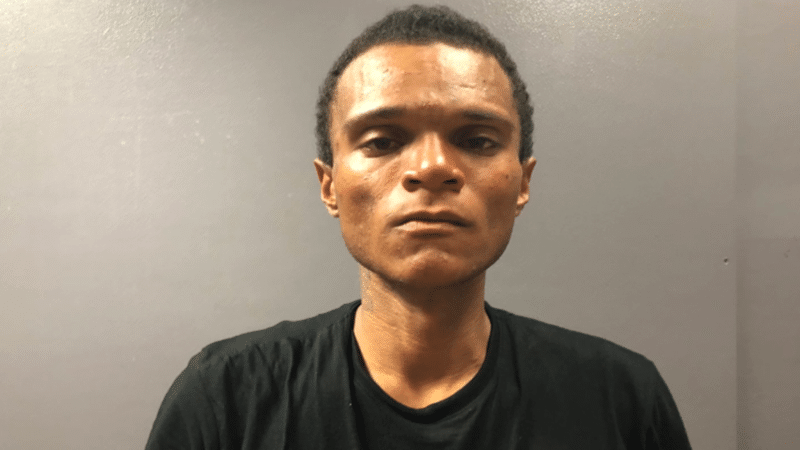 A female cab driver reported that a man – Anthony Weant – had her drive him to a couple of different locations in Bullhead City. Just before 11 a.m., he asked to end his fare at a gas station in the 1600 block of Highway 95. Instead of paying his fare, he got into the cab driver’s seat and physically struggled with the taxi cab driver, who was briefly dragged while he was reversing the stolen cab. She suffered minor injuries.

A Bullhead City Police officer followed the suspect on Baseline Road and conducted a high risk stop stating he was under arrest. Weant got out of the stolen cab, threw the victim’s shoe she had left behind in the struggle in a nearby trash can, and then got back into the cab. He put the cab in reverse and backed into the officer’s patrol car. The officer had to run to the other side of his patrol car to avoid being struck.

Weant then drove into a drainage ditch on Varner Lane and ran from pursuing officers. He was combative and uncooperative and was ultimately tased by police.