March For Our Lives Protests In Kingman 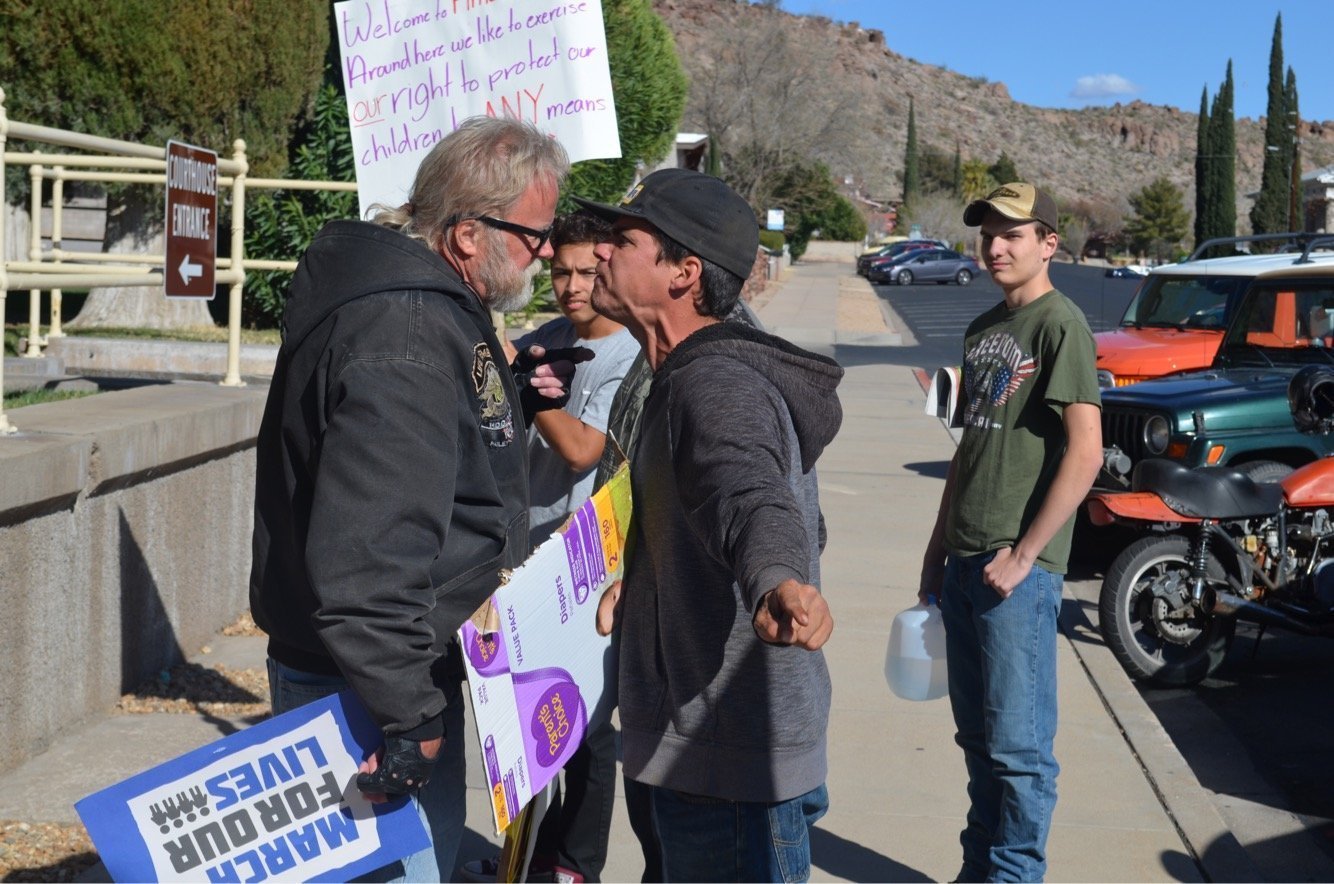 KINGMAN – People passionate about gun rights and responsibilities from both sides of the political spectrum made a highly visible appearance in Kingman Saturday as of millions nationwide, including others in Lake Havasu City, who took part in the March for Our Lives rally on gun violence.
Nearly 100 March for Our Lives participants held the peaceful demonstration at Locomotive Park. They and another 20 gun-rights advocates and counter-protestors across Route 66 near the Kingman Powerhouse shouted at each other as motorists drove by and honked in support of both sides of the gun violence dilemma.
The demonstration started at 3 p.m. and took a course through downtown and to the Mohave County Courthouse where speeches were made, heated words exchanged, an appearance by Kingman Police and a peaceful dispersal.

← Prev: Pilot Speaks Out About Egg Drop Alert Next: Apartment Fire Under Investigation →