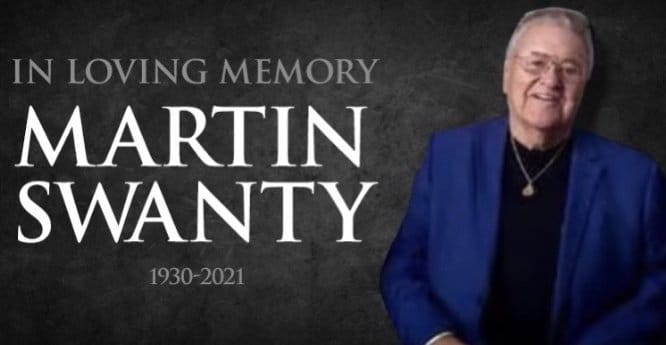 Marty as he was known to many was born in Allegan, Michigan to Ernest W & Elva VanOrman Swanty.  He was the 3rd of four Children and was raised on the family farm until 1945 when the family relocated to Mesa, Az.  He attended Mesa High School where he exceled in football earning a scholarship to Northern Arizona University.  Following college he married his first wife Diane Canning with whom he had two children, Jeff & Debbie.  Later on he married Patricia Brown who had two children, Melody & Mickey from a previous marriage & together Marty and Pat had two more, Marti & Meri.  For the first four years of marriage he was a Phoenix Police Officer and a member of the Army National Guard.  From police work he went on to try several occupations including Greyhound Bus driver, fence salesman, Orange Julius restaurant owner, trucking company owner and car salesman.  In car sales he found his passion.  He was hired by Brown & Hoeye Chevrolet & Oldsmobile in Mesa as a used car salesman.  He exceled in sales & was soon offered a management position.  In 1968 he opened his first dealership in Nogales, Az where he sold all lines General Motors offered at the time.  Later on he owned Martin Swanty Auto Sales in Mesa until he was recruited to become General Manager for Duane Brown Chevrolet in Salt Lake City, Ut.
Prior to moving to SLC, Martin met & married his 3rd wife Mary Blattner who had daughter Diana Dinger (1965-2011) from a previous marriage.  Son Cody Swanty was born to Martin & Mary in SLC.  In 1978 he moved his family back to Arizona where he purchased another car dealership in Winslow.  At this new dealership called Martin Swanty Auto Sales he sold Chrysler, Dodge, Plymouth & Datsun (later to become known as Nissan.)  He was very active in the City successfully running for & serving on the Winslow City Council.
In 1985 Marty opened Martin Swanty Chrysler Plymouth Dodge in Kingman where it all seemed to come together for him.  He found what was to become his & his family’s home for the next 36 years.  He went on to open other car & motorcycle dealerships in Kingman including Kia, Hyundai, Thrifty Used Cars, Victory Motorcycles, & Indian Motorcycles.  He has also owned & operated Swanty’s Chrysler, Jeep, Dodge & Ram in Bullhead City for many years.  Last fall in conjunction with son & business partner Cody Swanty  he opened up Martin Swanty’s Paradise Auto in Lake Havasu City.  He also owned & operated other business’s in northern Arizona most of which were associated with the automobile business.

Martin & his family loved Kingman where he became part of the fabric of the community.  He was known for his involvement & generosity.  If Kingman & surrounding area needed a volunteer & financial support for a worthy cause, Martin was there.  He was fond of saying “If I didn’t already live in Kingman, I’d move here.”  He took pride in serving as the Andy Devine Parade’s Grand Marshall in recent years and having his name on the Martin Swanty Arena at the Mohave County Fairgrounds.  He was active with many organizations including, the Republican Party, The Kingsman, Rotary, Elks & the Airport Authority. 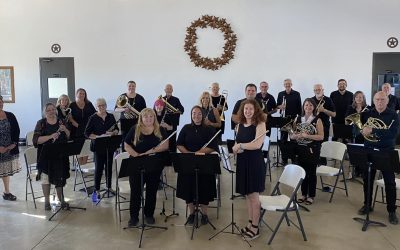 The Kingman Concert Band in conjunction with Kingman Presbyterian Church is proud to present "An Old-Fashioned... 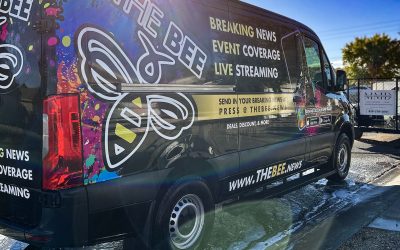 We're happy to have found a mobile detailer in Kingman that is able to keep up with our fast pace of buzzing around...