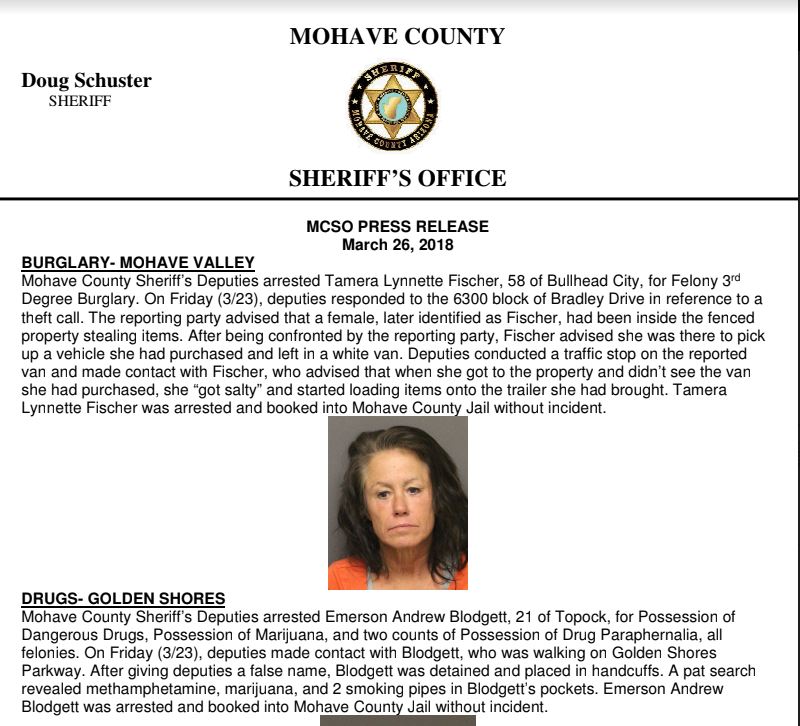 BURGLARY- MOHAVE VALLEY
Mohave County Sheriff’s Deputies arrested Tamera Lynnette Fischer, 58 of Bullhead City, for Felony 3rd
Degree Burglary. On Friday (3/23), deputies responded to the 6300 block of Bradley Drive in reference to a
theft call. The reporting party advised that a female, later identified as Fischer, had been inside the fenced
property stealing items. After being confronted by the reporting party, Fischer advised she was there to pick
up a vehicle she had purchased and left in a white van. Deputies conducted a traffic stop on the reported
van and made contact with Fischer, who advised that when she got to the property and didn’t see the van
she had purchased, she “got salty” and started loading items onto the trailer she had brought. Tamera
Lynnette Fischer was arrested and booked into Mohave County Jail without incident.

DRUGS- GOLDEN SHORES
Mohave County Sheriff’s Deputies arrested Emerson Andrew Blodgett, 21 of Topock, for Possession of
Dangerous Drugs, Possession of Marijuana, and two counts of Possession of Drug Paraphernalia, all
felonies. On Friday (3/23), deputies made contact with Blodgett, who was walking on Golden Shores
Parkway. After giving deputies a false name, Blodgett was detained and placed in handcuffs. A pat search
revealed methamphetamine, marijuana, and 2 smoking pipes in Blodgett’s pockets. Emerson Andrew
Blodgett was arrested and booked into Mohave County Jail without incident.

DRUGS/WARRANT ARREST- GOLDEN SHORES
Mohave County Sheriff’s Deputies arrested Zachariah Daniel Lamb for three active felony arrest warrants,
Possession of Marijuana, and two counts of Possession of Drug Paraphernalia, all felonies. On Saturday
(3/24), Deputies observed Lamb walking eastbound on Aravapai Drive and asked to speak to him regarding
an unrelated matter. While talking, deputies observed a clear baggie with a green leafy substance sticking
out of the pocket of his jacket. Lamb was detained and pat searched, which revealed marijuana, two glass
pipes, and other drug paraphernalia. A records check revealed Lamb had three active arrest warrants.
Zachariah Daniel Lamb was arrested and booked into Mohave County Jail without incident. 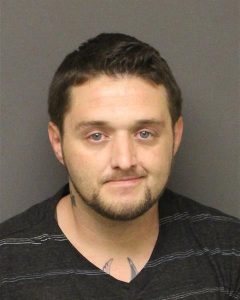 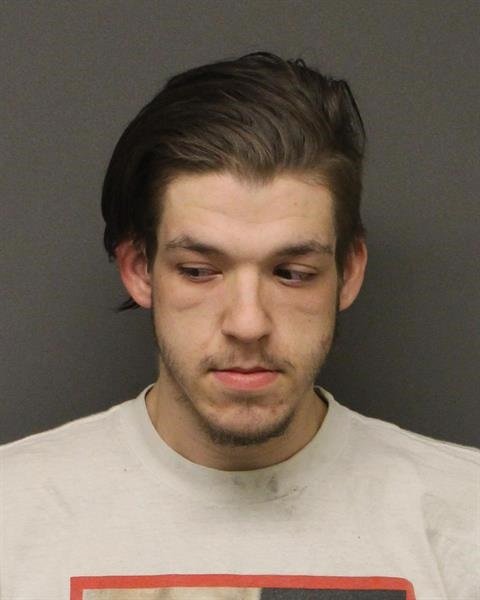 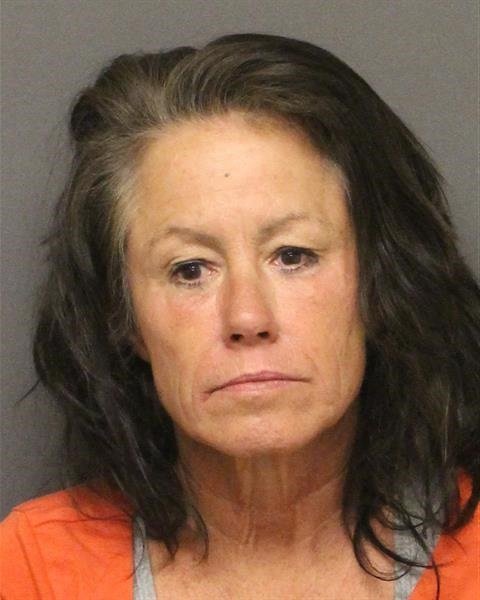 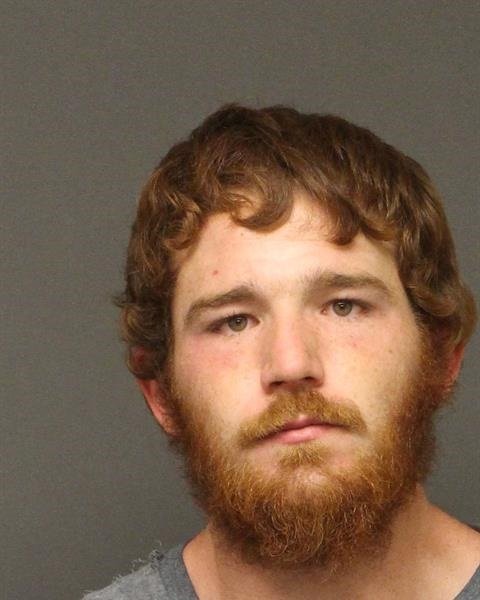 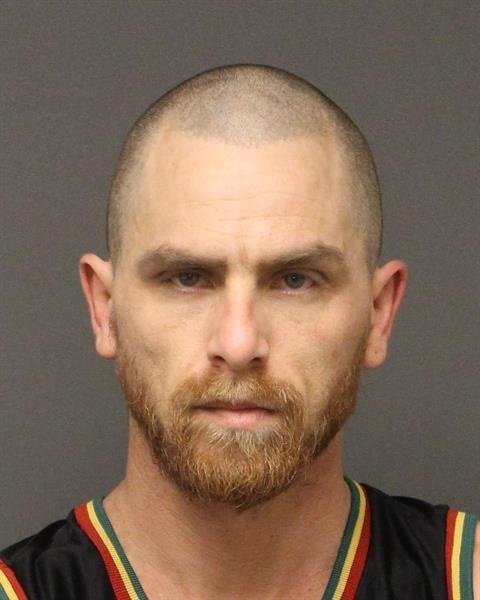 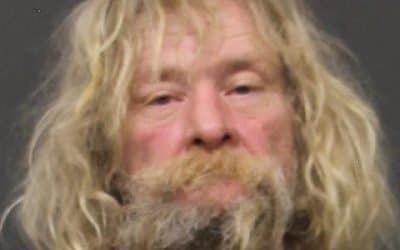