AGGRAVATED ASSAULT PER DOMESTIC VIOLENCE- KINGMAN
Mohave County Sheriff’s Office Deputies arrested Vincent James Taylor, 34 of Kingman, for Aggravated
Assault per Domestic Violence, and Unlawful Imprisonment per Domestic Violence. On Monday (11/11) at
approximately 11:55 AM, deputies responded to a residence in the 2200 block of Potter Ave. in reference to
a possible domestic violence situation in progress. Two different calls came in reporting a female subject
being assault by a male outside the residence and the male dragging the female victim inside. Deputies
arrived on scene and could hear a female screaming from inside the home and attempted to make entry
through an exterior door, however the door was locked as deputies attempted to enter. Deputies knocked on
the door and announced their presence, and continued to hear the female yelling. When the male subject
opened the door, he was removed from the doorway and deputies contacted the female subject, who
appeared to be covered in food and had a red mark on her lip. The victim alleged the incident began when
she tried to leave to go to work and Taylor was trying to convince her to stay. The victim alleged she tried to
leave several times but Taylor would block her path and not allow her to leave. She alleged that Taylor
would hold her down and cover her mouth when she started yelling. Once when the victim was able to exit
the residence, Taylor allegedly grabbed her and pulled her back into the house. Taylor allegedly placed his
hand over the victim’s mouth when deputies attempted to gain entry, and the victim alleged at that point she
could not breathe. Vincent James Taylor was arrested and booked into the Mohave County Adult Detention
Facility without incident. 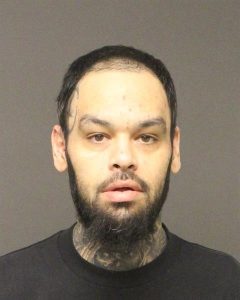 BURGLARY/ THEFT- KINGMAN
Mohave County Sheriff’s Office Deputies arrested Mark Gordon King, 48 of Meadview, for 1st Degree
Criminal Trespassing, 2nd Degree Burglary, and two counts of Theft/ Control of Stolen Property, all felonies.
On October 31, deputies responded to a residence in the 4200 block of N. Bond St. after receiving a call
from the property owner. The owner advised that he does not live at the residence, however when he came
to check on the property, he observed a male subject living in the residence and several vehicles on the
property. Deputies made contact with the male subject, identified as King, who advised he had “rented” the
property from someone online and provided a lease agreement. King provided a handwritten document that
contained the property owner’s signature. The property owner advised that the signature on the document
was not his and he had never given anyone permission to stay on the property. King was unable to provide
a description of the male subject he had allegedly rented the property from and the handwriting on the lease
agreement appeared to match King’s. A search of the residence revealed approximately $10,000 worth of
property was missing that had been locked inside the garage and home. A search of the property revealed a
car hauler that was reported stolen out of California and a green Dodge Ram truck that was reported stolen
out of this agency. Mark Gordon King was arrested and booked into Mohave County Adult Detention Facility
without incident. 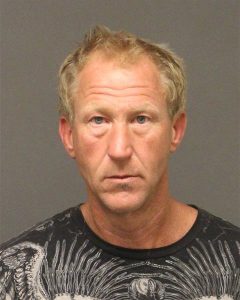 ADVANCED TECHNICAL ROPE RESCUES (SEARCH AND RESCUE)
On Saturday (11/2), the Mohave County Sheriff’s Office Search and Rescue members participated in
advanced technical rope rescue training in the north of Lake Havasu City. The training focused on advanced
technical rope rescue scenarios involved in challenging rescue situations. Rope rescues involve a complex
understanding of rigging with anchors, lowering and raising systems and require continuous training in
different environments and situations to remain proficient with these perishable skills. This class included
instruction on performing rescues rappelling and ascending using different types of equipment, the use of
the Arizona Vortex over steep angles, lowering a patient with a rescuer, low-angle rescues, patient
packaging and beginning rigging for our new members. Team members also discussed newer technologies
and equipment and how they can be used to assist the more complex rescue situations.