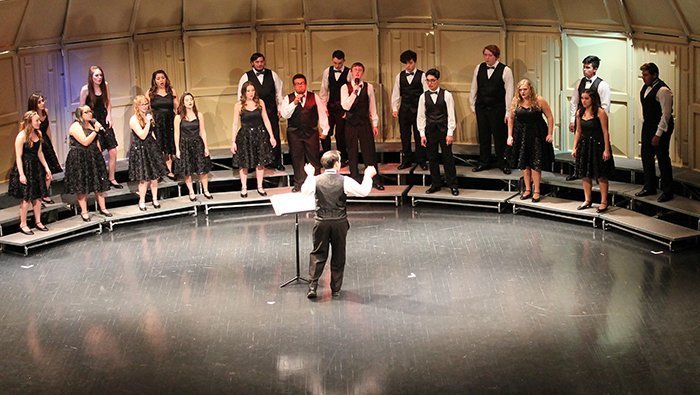 BULLHEAD CITY – The final four concert and play performances of the semester for Mohave and River Valley High Schools will run tonight and Friday, Dec. 14.

Mohave High’s Thunder Band, under the direction of Michelle Ribelin, will include Bells of Fire, an arrangement of the Carol of the Bells, Greensleeves, and other holiday instrumental music.

The second night of music at Mohave, “When Christmas Comes to Town,” will feature the choir performing holiday classics plus music from Christmas movies through the decades.  Under the direction of Cameron Pruett, the choir will also pay special tribute to the 200th anniversary of the German carol, Silent Night. The choir concert will also have a dessert fundraiser reception afterward and an art silent auction beforehand.

River Valley’s play, “Crumpled Classics,” turns popular literature and drama on its head with spoofs and modern interpretations.  It is, as one critic described a different production, the live equivalent of the old Rocky and Bullwinkle cartoon’s “Fractured Fairy Tales.”  Proceeds benefit the River Valley drama program.