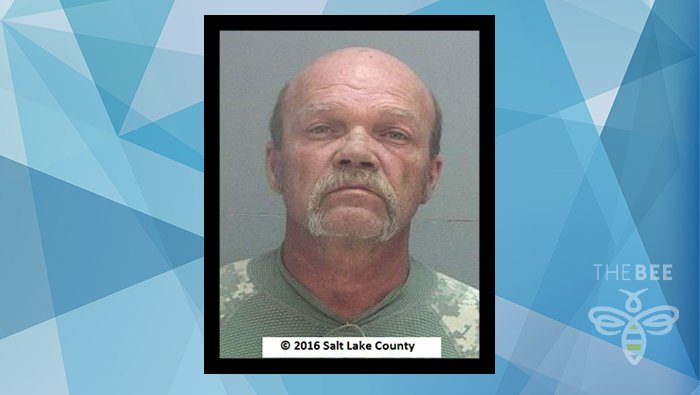 SALT LAKE CITY (AP) — A Utah militia group leader who pleaded guilty to trying to blow up a federal cabin in Arizona was ordered to be released on time served Monday after spending two years in jail.

The sentencing of William Keebler, 59, concludes a case that began amid heightened tensions between the federal government and militia groups over control of public land in the West. Keebler appeared on authorities’ radar after spending time with Nevada rancher Cliven Bundy during his armed 2014 standoff over grazing fees.

U.S. Attorney John Hubert said outside federal court that Keebler’s case ought to be an example to other groups. “My hope is that it’s more of a general deterrent for likeminded people who may want to act upon their philosophies and beliefs and plan violent acts,” Hubert said.

Keebler, shackled at the wrists and ankles and dressed in a striped jumpsuit, appeared calm as Judge David Sam ordered his imminent release in a federal courtroom in downtown Salt Lake City.

Keebler declined to make a statement in court.

Sam said Keebler had been a model prisoner since his arrest after trying to bomb a Bureau of Land Management cabin in 2016. The judge cited his age and multiple physical ailments, including prostate cancer and heart disease, as reasons for allowing him to be released from federal custody.

“He has expressed what appears to be a sincere apology for his misconduct,” Sam said.

Keebler pleaded guilty to a felony charge of attempting to destroy federal property in April.

He spent two weeks at Bundy’s ranch and boasted about his efforts to organize supporters who flocked to Bundy’s defense, prosecutors said.

Keebler then returned to Utah and started a small group of about seven people called the Patriots Defense Force in the desert about 40 miles (64 kilometers) west of Salt Lake City. Three of his followers were undercover FBI agents, according to testimony in the case.

While organizing his group, Keebler met with Robert “LaVoy” Finicum, an Arizona rancher who was killed in a confrontation with law enforcement officers after occupying a remote Oregon wildlife refuge.

In 2016, Keebler was arrested after planting what he believed to be an active pipe bomb at the door of an empty BLM cabin used to house seasonal workers in a remote corner in northern Arizona near Mt. Trumbull.

Supporters have said he was set up by the government. Undercover agents provided him with the inert bomb and goaded him into targeting the cabin, they said.

More than a dozen letters submitted by family and friends on Keebler’s behalf ahead of Monday’s hearing described the U.S. Army veteran as a community-minded and impassioned patriot who sometimes failed to keep his ego and “big mouth” in check.

Law enforcement officials have said Keebler led the charge as an anti-government extremist. Keebler had also considered attacking mosques, a downtown Salt Lake City office and military facilities before settling on the remote cabin. His behavior would have escalated had he not been stopped, they said.

“He had many opportunities to get off that path,” said Eric Barnhart, FBI special agent in charge for the Salt Lake City Division. “He certainly was enthusiastic about what he had thought he’d done and expressed sentiments that he wanted to move on to other acts.”

Prosecutors had sought a sentence of nearly six years in prison.

After Keebler’s release, he will remain under probation for three years and will have to undergo mental health treatment.

Terms of his release allow Keebler to return to federally managed lands but bar him from bringing a weapon onto them.

Photo courtesy of The Associated Press