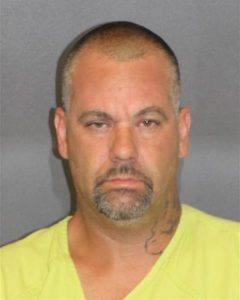 DRUG POSSESSION- KINGMAN
Mohave County Sheriff’s Office Deputies arrested Johnny Earl Burks, 46 of Golden Valley, for Dangerous
Drug Possession and Drug Paraphernalia Possession, both felonies. On October 5, deputies were called to
a residence in the 4400 block of Willow Rd. in Kingman to assist Mohave County Probation with a search.
Burks was suspected of being in possession of a firearm and had allegedly made threats against another
person. Deputies arrived on scene and made contact with the homeowner, who advised Burks had been
staying at the residence and gave consent to enter the residence. Deputies knocked on the door several
times and advised Burks to come out, with no response. Deputies entered the residence and found Burks
hiding in a closet and detained him. The alleged weapon was not found, however a search of Burks’s
backpack revealed approximately 2 grams of methamphetamine. Johnny Earl Burks was arrested and
booked into Mohave County Adult Detention Facility without incident. 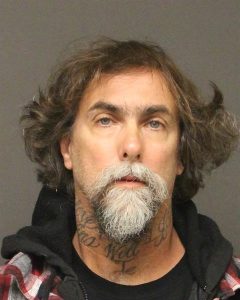 FAILURE TO REGISTER- MOHAVE VALLEY
Mohave County Sheriff’s Office Deputies arrested Eric John Vandeven, 49 of Mohave Valley, for felony Sex
Offender Registration Violation. On October 9, deputies received information that Vandeven, a registered
sex offender, had moved to a residence in Mohave Valley in September and had not registered his new
address. Deputies responded to the reported address and made contact with a female subject, who advised
that Vandeven had lived at the residence for the last month, but was not there at the time. Several attempts
were made to contact Vandeven at the residence, but were unsuccessful. On Friday (10/11), Vandeven
arrived at the Mohave County Sheriff’s Office to register his address and was detained. When asked,
Vandeven claimed he had only been at the residence for approximately one week. Eric John Vandeven was
arrested and booked into Mohave County Adult Detention Facility without incident. 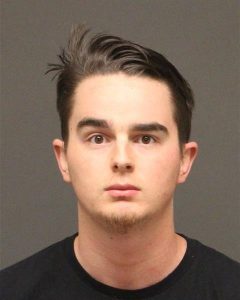 NARCOTIC DRUG POSSESSION- LAKE HAVASU CITY
Mohave County Sheriff’s Office Deputies arrested Aaron Jacob De La Cruz, 19 of Lake Havasu City, for
Marijuana Transportation, Narcotic Drug Transportation, Narcotic Drug Possession for Sale, and Drug
Paraphernalia Possession, all felonies. On Friday (10/11) at approximately 9 PM, deputies observed a silver
sedan driving in the area of Maricopa Ave. and S Acoma Blvd. Deputies observed the vehicle stop at the
intersection and observed one of the vehicle’s brake lights was not functioning. Deputies initiated a traffic
stop and the vehicle eventually came to a stop in the area of S. Acoma Blvd. and Diablo Dr. Deputies
approached the vehicle and immediately smelled the odor of marijuana coming from the vehicle. Deputies
made contact with the driver, identified as De La Cruz, and requested the driver’s identification and required
documents. When De La Cruz handed him the requested items, the deputy noticed De La Cruz’s hand was
noticeably shaking. Deputies requested De La Cruz to step out of the vehicle and asked if there was
anything illegal in the vehicle. De La Cruz then handed deputies an expired medical marijuana card and a
THC vape pen. A search of the vehicle was conducted and deputies located 20 individually packaged THC
vape pen cartridges, 97 grams of marijuana, baggies, and a digital scale. When asked about the quantity of
items found in the vehicle, De La Cruz claimed it was for personal use. Aaron Jacob De La Cruz was
arrested and booked into Mohave County Adult Detention Facility without incident.