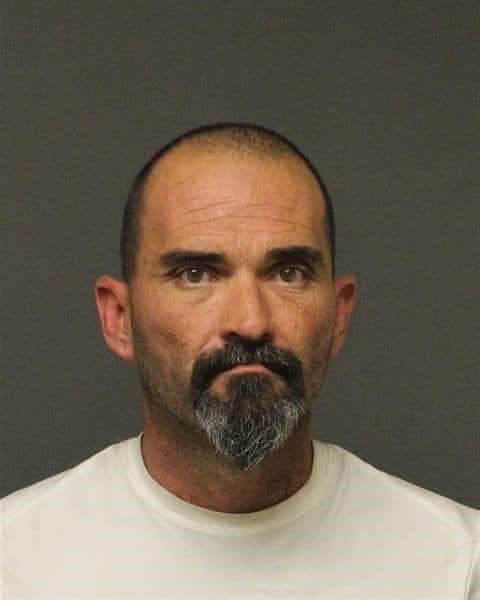 WEAPONS/ DRUG POSSESSION- LAKE HAVASU CITY
Mohave County Sheriff’s Office Deputies arrested Ellis Dan Handley, 42 of Lake Havasu City, for Possession of Dangerous Drugs, Possession of Drug Paraphernalia, Possession of a Firearm in Commission of a Felony, Possession of Marijuana, Possession of Prescription Only Pills, and Possession of Dangerous Drugs for Sale, all felonies. On Thursday (2/13) at approximately 8:15 AM, responded to a suspicious person call where a male subject was seen inside an RV and the reporting party knew the owner was away at the time. The reporting party attempted to make contact with the male subject, who left the scene on foot. While responding, deputies located a male subject matching the physical description and was known to the deputy as Handley from prior contacts. Deputies noticed several signs of nervousness during the contact and observed Handley kept his hands in his pockets. Deputies advised several times for Handley to remove his hands from his pockets, and the directions were ignored. Handley then attempted to turn away from the deputy with his hands still in his pockets and deputies grabbed him by the arms to gain compliance. At that point, Handley became compliant and advised deputies he had a gun in his right pocket.
The weapon was removed and Handley was detained. Deputies also located a glass pipe in his left pocket. Deputies conducted a search of Handley’s backpack and located 45 rounds of ammunition, 4.8 grams of a crystal substance that tested positive for methamphetamine, 1.2 grams of a light brown substance, 0.6 grams a brown tar like substance, a marijuana cigarette, and 4 round orange pills (Handley admitted to the pills being Adderall). Ellis Dan Handley was arrested and transported to the Mohave County Adult Detention Facility without incident.

FATAL MOTORCYCLE COLLISION- MOHAVE VALLEY
On Friday (2/14) at approximately 11:10 AM, Mohave County Sheriff’s Office Deputies  responded to the area of milepost 22 on Oatman Highway in regards to a single motorcycle crash. Upon arrival, a single male subject was located unresponsive on scene with no passengers. The motorcycle was traveling south on Oatman Highway from Oatman (town) when it failed to negotiate a left curve in the roadway and drove into the shoulder. The motorcycle then struck a small raised dirt berm which caused it to become airborne,
throwing the driver from the seat, and landing several hundred feet away. It is unknown of the reason the driver failed to turn as there were no signs of braking or attempts to correct the motorcycle. The driver, identified as Murray Brandt, 64 of Manitoba, Canada, was pronounced deceased on scene due to head trauma as he was not wearing a helmet. Speed is suspected to be a factor in the crash. This investigation is ongoing. 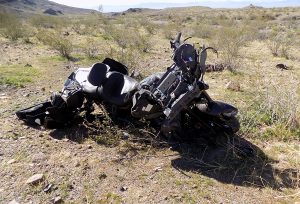 TRESPASSING/CRIMINAL DAMAGE- KINGMAN
Mohave County Sheriff’s Office Deputies arrested Fabian Edward Dupre, 43 of Kingman, for felony 1st Degree Criminal Trespassing, and Criminal Damage and Disorderly Conduct, both misdemeanors. On Saturday (2/15) at approximately 4:50 AM, deputies responded to a residence in the 3200 block of Lass Ave. with reports that a male subject was trying to break down the door of an occupied residence. Deputies arrived on scene and observed the male subject, identified as Dupre, standing in the street near the residence. Dupre was detained and deputies made contact with the homeowner, who advised he was awoken by a loud banging noise. The victim advised Dupre was kicking the door, yelling that he was looking for his wife. The homeowner contacted law enforcement and Dupre eventually kicked the door open and entered the residence, where the homeowner had armed himself with a knife for protection. Dupre left the residence and deputies arrived a short time later. Fabian Edward Dupre was arrested and booked into the Mohave County Adult Detention Facility without incident. 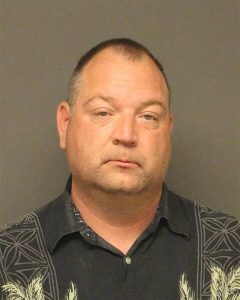