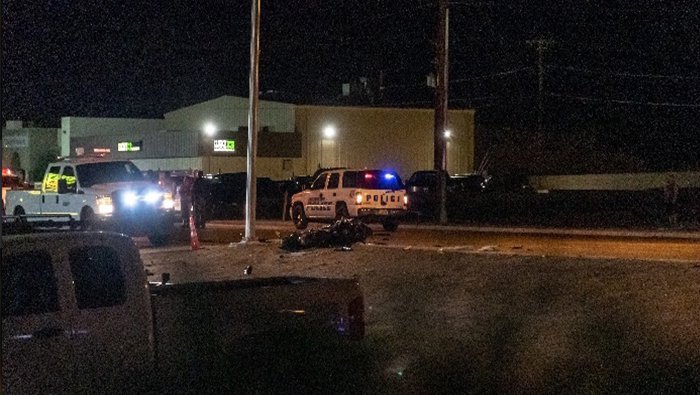 BULLHEAD CITY–A local man was airlifted Saturday night for a serious leg injury he sustained in a motorcycle crash on Highway 95.

The motorcyclist was identified by police as Vance A. Davis, 32, of Bullhead City.

Bullhead City Police spokeswoman Emily Fromelt said the crash happened around 7 p.m. in front of Vito’s Pizza on Highway 95. Davis was reportedly northbound on Highway 95 and was struck by a BMW sport utility vehicle that was pulling out of the restaurant’s driveway.

Davis was immediately airlifted from the scene and flown to University Medical Center for further treatment to his injuries.

Fromelt said the driver did not see the motorcycle. Speed and alcohol/drugs do not appear to be a factor in the crash. No citations were issued and the crash remains under investigation with Bullhead City Police Department.