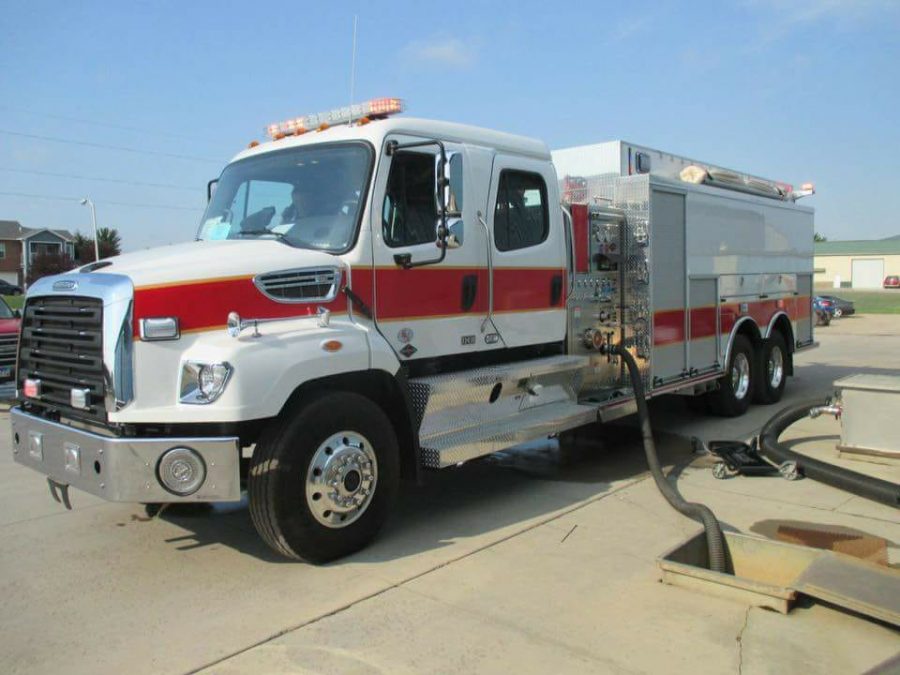 FLAGSTAFF–A local fire crew is on its way to Pine, Ariz. to assist with the fast-growing wildfire.

“Water tender 818 unit could be gone on for 14 days or maybe 21 days if they are extended,” said Gibson. “It depends on what the overhead does on the fire.”

According to the U.S. Forestry Incident website, the Tinder Fire has currently charred more than 8,600 acres and has zero containment. It’s exact location is a mile-and-a-half northeast from Blue Ridge Reservoir inside the Coconino National Forest. The cause of the fire is still under investigation.

There are currently 510 personnel battling the blaze. Five helicopters, 23 engines, 3 dozers, 2 water tenders and overheard are also on scene.

Fire officials reported strong winds would continue to be hazardous through Tuesday, which could cause extreme fire behavior and rapid rates of spread throughout the terrain.

Several structures have been lost, but the number was unknown at the time. The Tinder Fire has forced evacuations of several small communities in the vicinity of the wildfire as it continues to threaten nearly 1,000 structures. The wildfire also has resulted in closures of several forest roads, fire officials reported.

A Red Cross shelter for evacuated residents has been established at the Twin Arrows Casino, 22181 Resort Boulevard in Flagstaff.