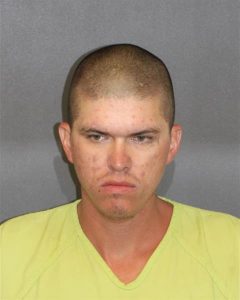 Degree Criminal Trespassing. On Friday (9/6) at approximately 6 PM, deputies responded to a residence in the 1800 block of Aztec Rd. in reference to a suspicious call. Upon arriving at the residence, it was learned that a male subject, later identified as Tobin, had entered the victim’s house without permission. The victim advised that he heard the water running in his guest bathroom, and when he opened the door he observed Tobin in the bathtub. The victim ordered Tobin to leave his house, and retrieved a handgun for protection. Tobin began moving towards the victim, who fired a shot in Tobin’s direction, which missed. Tobin then exited the residence through a back door and the victim called a family member, who responded to the residence. After getting a physical description of Tobin, the family member advised he observed the suspect in a parking lot a short distance away from the residence. The family member exited his vehicle, and Tobin attempted to flee, however was caught and detained by the family member until deputies arrived. Tobin admitted to deputies that he had used illegal drugs earlier in the day. Colton James Tobin was arrested and booked into Mohave County Adult Detention Facility without incident. 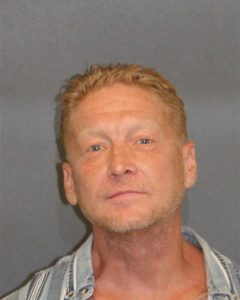 STOLEN VEHICLE- GOLDEN VALLEY
Mohave County Sheriff’s Office Deputies arrested Michael Ralph Mayberry, 47 of Golden Valley, for felony Theft of Means of Transportation. On Saturday (9/7) at approximately 10:50 AM, deputies responded to a business in the 5100 block of Highway 68 in Golden Valley in reference to a stolen vehicle. The victim reported that when he exited the store, he observed his vehicle, a red Dodge truck, was missing. While speaking to the victim, the store’s manager advised that a vehicle in the parking lot belonged to Mayberry, however Mayberry was nowhere inside the store. Deputies responded to Mayberry’s residence and observed the stolen vehicle in the driveway. Deputies ordered Mayberry from the residence and he was detained without incident. The keys to the vehicle were located inside Mayberry’s residence, however he
denied taking the truck. Michael Ralph Mayberry was arrested and booked into Mohave County Adult Detention Facility without incident. 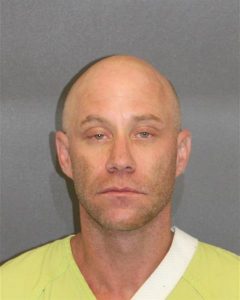 Ave. in reference to a suspicious call. The reporting party advised they observed two naked subjects and a vehicle near the wash. Deputies responded and observed a blue SUV parked on a dirt road and observed a male subject in the driver’s seat, later identified as Tisdale, and a female subject, later identified as Willging. The deputy observered the subjects switch seats as the deputy approached. The deputy made contact and asked for identification, which both subjects advised they did not have. The male subject gave the deputy a false name and a records check revealed the discrepancy. As the deputy moved to the passenger side of the vehicle to detain Tisdale, the deputy observed Tisdale grab an item from the floorboard and place it between the front seats. The deputy drew his weapon and ordered Tisdale to show his hands, which he refused. Eventually, Tisdale showed deputies his empty hands, and the deputy observed a capped syringe between the seats where Tisdale’s hand had been. The deputy ordered both subjects from the vehicle and searched them for weapons. The deputy continued to request Tisdale’s identity, and observed Tisdale was sweating profusely. The deputy warned Tisdale that if he ran or attempted to fight, he would utilize his K9 partner, Bruno. The deputy advised Tisdale he was under arrest for false information, when Tisdale ran towards the SUV, jumping in through the passenger side. The deputy approached the passenger side and drew his weapon, ordering Tisdale from the vehicle, however Tisdale refused and began reaching under the driver’s seat. Several verbal commands were given for Tisdale to show his 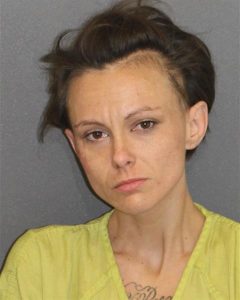 hands, which he refused and continued reaching under the seat. Tisdale began reaching his other hand toward the vehicle ignition, and at that time, the deputy pressed his door release for K9 Bruno. K9 Bruno was given commands to apprehend the suspect and entered the SUV from the passenger side, and attempted to apprehend Tisdale. Tisdale then advised he would comply and K9 Bruno was ordered back to his handler. K9 Bruno was secured on a leash and the deputy ordered Tisdale to get on the ground and place his hands behind his back. As the deputy approached Tisdale to detain him, Tisdale rolled toward the deputy in an aggressive manner. K9 Bruno, who is trained in handler protection, read the move as a threat and apprehended Tisdale in protection of his handler. After a brief struggle, Tisdale became compliant and K9 Bruno was ordered to return to his handler. Tisdale was detained and medical responded to evaluate his injuries. After the struggle was contained, the deputy observed the capped syringe he had previously seen was missing, and Willging admitted to concealing the syringe in a body cavity. The syringe was recovered and both subjects were transported to the Mohave County Adult Detention Facility. Marty Brandon Tisdale was arrested for Tampering with Evidence and Resisting Arrest, both felonies, and five active arrest warrants. Jacquelyn Nicole Willging was arrested for felony Tampering with Evidence.