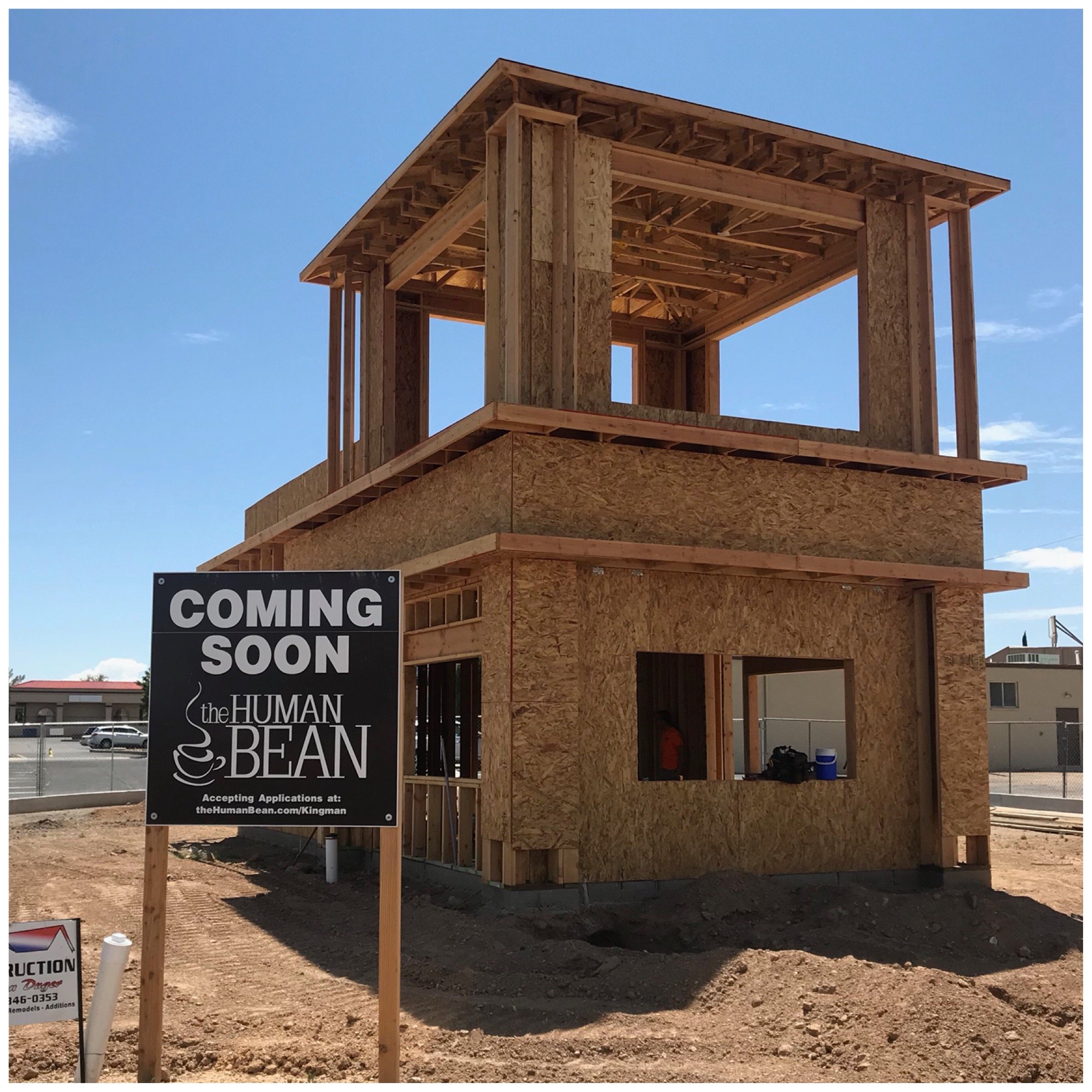 KINGMAN – Almost there and in the works.

A new coffee shop should be open soon and a new business complex is just getting started.

Passersby on Stockton Hill and Hualapai Mountain roads are either eagerly awaiting The Human Bean or wondering why construction equipment is kicking up dust.

The Human Bean coffee house franchise on Stockton Hill Road in the parking lot adjacent to the now derelict Time Out Tavern is slated to open in the second week of October according to franchise owner Brian Baumkirchner, who also owns the Bullhead City franchise.

The coffee hut will have one drive-thru access and a walk-up window. The Kingman franchise is looking to hire up to 12 baristas. Apply online at www.humanbean.com.

Baumkirchner inquired about a local business to supply breakfast burritos, so he is looking to see that what money plays here, stays here.

The Human Bean, started in 1998 and based out of Ashland, Oregon, has expanded to 79 locations in ten states, 66 of those being franchised locations and 13 being corporate locations.

Hualapai Mountain Road will soon see more traffic as a new 16,000 square-foot business complex is being built next to the Department of Veterans Affairs Community Based Outpatient Clinic.

According to Pitzer’s One-Hour Air Conditioning and Heating owner Larry Thornton, 9,600 square feet will house the Mohave County headquarters for Pitzer’s along with Benjamin Franklin Plumbing. The rest is open for additional businesses and Thornton encourages them to call.

Thornton and his wife, Teri, laid the groundwork for the plaza next to the Kingman CBOC for a reason.

“We provide free service to nearly 1,800 veterans and first responders,” he said.

He was referring to The Heroes Club, a service that provides free AC, plumbing and maintenance for local veterans with an honorable discharge as well as first responders.

“It makes sense to us to honor their service,” he said. “I’m thankful to be doing this.”

Pitzer’s also has offices in Las Vegas, Phoenix and Prescott. Thornton expects to open the plaza, at least his part, in March of 2019.

For more information, contact Thornton at 928-323-2079 or check out their Facebook page: Pitzer’s One Hour Air Conditioning and Heating. 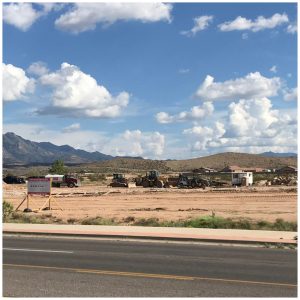