New Evidence That Viruses May Play A Role In Alzheimer’s 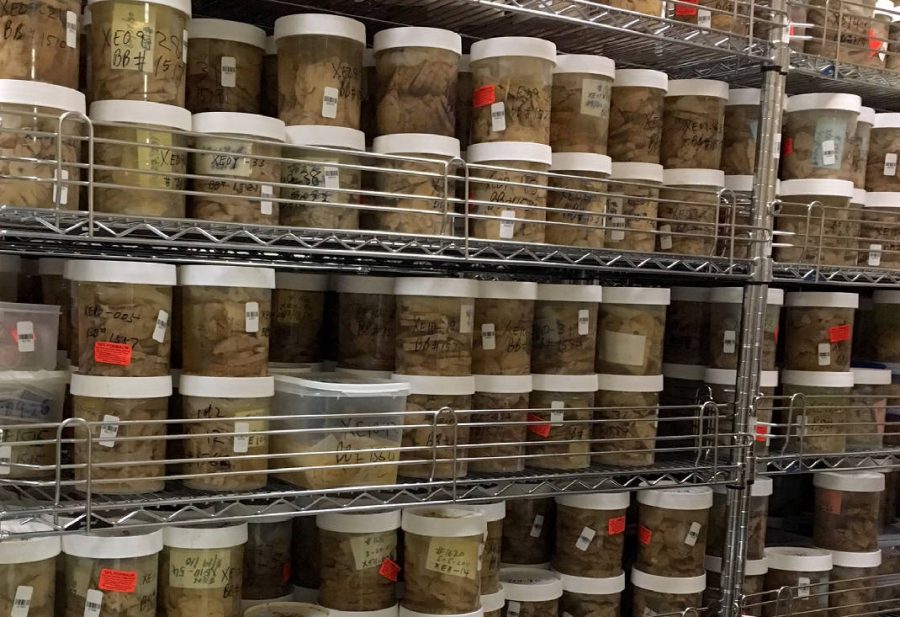 WASHINGTON (AP)— Viruses that sneak into the brain just might play a role in Alzheimer’s, scientists reported Thursday in a provocative study that promises to re-ignite some long-debated theories about what triggers the mind-robbing disease.

The findings don’t prove viruses cause Alzheimer’s, nor do they suggest it’s contagious.

The idea that infections earlier in life might somehow set the stage for Alzheimer’s decades later has simmered at the edge of mainstream medicine for years. It’s been overshadowed by the prevailing theory that Alzheimer’s stems from sticky plaques that clog the brain.

Thursday’s study has even some specialists who never embraced the infection connection saying it’s time for a closer look, especially as attempts to block those so-called beta-amyloid plaques have failed.

“With an illness this terrible, we cannot afford to dismiss all scientific possibilities,” said Dr. John Morris, who directs the Alzheimer’s research center at Washington University School of Medicine in St. Louis. He wasn’t involved in the new research but called it impressive.

The study also fits with mounting evidence that how aggressively the brain’s immune system defends itself against viruses or other germs may be riskier than an actual infection, said Alzheimer’s specialist Dr. Rudolph Tanzi of Massachusetts General Hospital. With Harvard colleague Dr. Robert Moir, Tanzi has performed experiments showing that sticky beta-amyloid captures invading germs by engulfing them — and that’s why the plaque starts forming in the first place.

The team from Mount Sinai and Arizona State University came up with some viral suspects — by accident. The study, funded by the National Institutes of Health, wasn’t hunting viruses but was looking for new drug targets for Alzheimer’s. The researchers were using complex genetic data from hundreds of brains at several brain banks to compare differences between people who’d died with Alzheimer’s and the cognitively normal.

The first clues that viruses were around “came screaming out at us,” said Mount Sinai geneticist Joel Dudley, a senior author of the research published Thursday in the journal Neuron.

The team found viral genetic material at far higher levels in Alzheimer’s-affected brains than in normal ones. Most abundant were two human herpes viruses, known as HHV6a and HHV7, that infect most people during childhood, often with no symptoms, and then lie dormant in the body.

That wasn’t unusual. Since 1980, other researchers have linked a variety of bacteria and viruses, including another type of herpes that causes cold sores, to an increased risk of Alzheimer’s. But it was never clear if germs were merely bystanders, or actively spurring Alzheimer’s.

“We’re able to see if viral genes are friending some of the host genes and if they tweet, who tweets back,” Dudley said.

They found a lot of interactions, suggesting the viruses could even switch on and off Alzheimer’s-related genes.

To see if those interactions mattered, the researchers bred mice lacking one molecule that herpes seemed to deplete. Sure enough, the animals developed more of those amyloid plaques.

“I look at this paper and it makes me sit up and say, ‘Wow,'” said Alzheimer’s Association scientific programs director Keith Fargo.

He said the research makes a viral connection much more plausible but cautioned that the study won’t affect how today’s patients are treated.

If the findings pan out, they could change how scientists look for new ways to treat or prevent Alzheimer’s, said Dr. Miroslaw Mackiewicz of NIH’s National Institute on Aging. Already, NIH is funding a first-step study to see if an antiviral drug benefits people who have both mild Alzheimer’s and different herpes viruses.

Just having a herpes virus “does not mean you’re going to get Alzheimer’s,” Mass General’s Tanzi stressed. It may not even have penetrated the brain.

But in another study soon to be published, Tanzi showed biologically how both HHV6 and a cold sore-causing herpes virus can trigger or “seed” amyloid plaque formation, supporting the Mount Sinai findings.

Still, he doesn’t think viruses are the only suspects.

“The Mount Sinai paper tells us the viral side of the story. We still have to work out the microbe side of the story,” said Tanzi, who is looking for bacteria and other bugs in what’s called the Brain Microbiome Project. “The brain was always thought to be a sterile place. It’s absolutely not true.”

← Prev: GV Man Arrested After Allegedly Crawling Through Window With A Weapon Next: Crime Watch 6/15-6/19 →