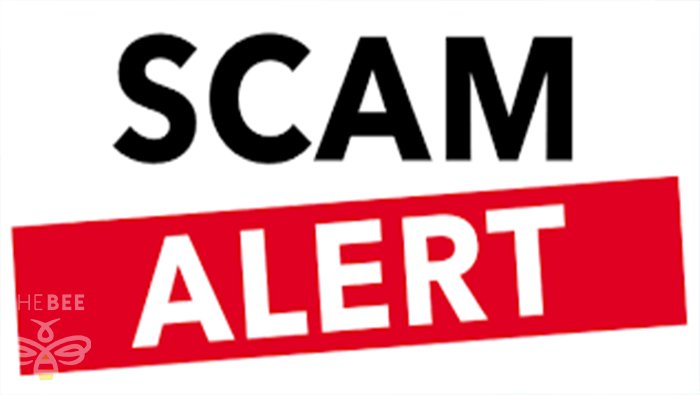 However, both are scams, said Sheriff spokeswoman Anita Mortensen.

“There is no one employed by the Sheriff’s Office with the name of Wayne Grey and this is not our phone number or extension format,” said Mortensen.

The staff member then called the phone number, entered the extension number and was directed to a male subject–who claimed to run the name of the staff member–the staff member was then transferred to the “Citations and Warrants” division.

Mortensen said a second male subject answered the phone and claimed to be Deputy Wayne Grey and informed the staff member that he had failed to appear for jury duty on July 12 and there were two Failure to Appear warrants for his arrest.

Furthermore, the staff member was then advised that Judge Gurtler, the issuing Judge, had left notes on the warrants and that there was a fine of $1,450.00 on each warrant. Deputy Gray then began to explain the three step process of how to could take care of the warrants, but when the staff member advised he did not have a cell phone number, which was part of the payment process, the call was disconnected. The staff member then made repeated attempts to reach someone at the number again, but was never successful.

“This is a scam and the Mohave County Sheriff’s Office does not conduct business in this manner. Always be cautious when it comes to sending money or providing personal information, to include credit card numbers,” she said.

If you suspect fraud, contact your local law enforcement office.

Presiding Judge Charles W. Gurtler, Jr. further warns the public, “Contrary to this elaborate scam, the Courts do not issue arrest warrants for failure to appear for jury service.

If a person is subpoenaed for jury service, and does not appear, no arrest warrant is issued. If attendance for jury service is so low that the judge presiding over the trial is unable, or has difficulty in empaneling a jury, then the Courts may resort to conducting an order to show cause hearing process.

A person who has been subpoenaed for jury service and failed to attend a minimum of two trials, will be subpoenaed to appear in court and show cause why a fine of up to $500 per offense should not be levied against him or her. No arrest warrant is issued nor is there a set amount of a fine for failure to appear.

“The Courts do not have any scheduled order to show cause hearings at the present, nor are any contemplated in the immediate future as jury attendance is substantially up given the innovations instituted by the Clerk’s office,” said Gurtler.