O’ Christmas Tree It’s All About Your History 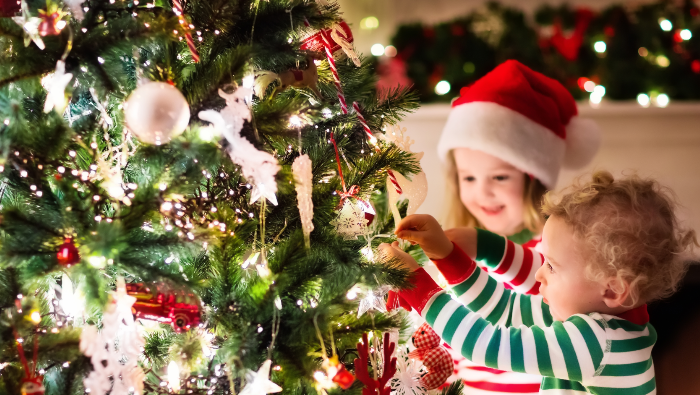 Christmas trees have become a staple in our Christmas traditions. Whether you buy a live tree, reuse an artificial tree or hang wreaths around your home, many people associate trees and greenery with Christmas.

Christmas trees are often of the evergreen conifer, such as spruce, pine, or fir, which are trees that stay green year round.

Christmas is known as a religious holiday, but long before the emergence of Christianity, trees and plants that stay green in the winter have held special meaning.

Just as we decorate our homes with Christmas trees now, ancient people placed evergreen boughs in their homes to symbolize eternal life.

The Christmas tree, as we currently know it, is credited as starting in Germany in the 16th century when Christians brought trees in their homes and decorated them. It is believed that Martin Luther, a Protestant reformer, was the first person to add lights to trees. It is said that while walking towards his home on a winter evening, he was composing a sermon and was awed by the brilliance of the stars twinkling among the evergreens. He went home and erected a tree in the main room of his home and wired lighted candled to its branches.

Like many festive customs, the Christmas tree took a long time to catch on in America, due to the New England Puritans, who believed Christmas was sacred. Governor of the pilgrim colonies, William Bradford, made all joyful expression, such as Christmas carols and decorated trees, punishable offenses. In 1659, a Massachusetts court enacted a law stating that any observance of December 25, other than church services, was a penal offense. The Puritan way of thinking continued until the 19th century when German and Irish immigrants brought their own ideals.

Christmas trees were seen as an oddity and pagan symbols by most Americans as late as the 1840’s. The first record of a Christmas tree on display in America, was in the 1830’s by German settlers in Pennsylvania. Pennsylvania German settlements had community trees though, as early as 1747.

The Christmas tree finally arrived in America when in 1846 royals, Queen Victoria and Prince Albert, were sketched next to a Christmas tree in the Illustrated London News. The popular royals were not only popular in Britain, but also with fashion forward East Coast American Society. By the 1890’s ornaments were being sold and Christmas tree popularity was on the rise. Americans enjoyed Christmas trees that reached from the floor to the ceiling, while Europeans preferred smaller trees around four feet tall.

Americans in the early 20th century began making homemade ornaments for their Christmas trees and with the invention of electricity came Christmas lights, making it possible for trees to continuously glow instead of having to constantly replace candles.

Christmas trees continued to grow in popularity and began popping up in town squares across the country. Now Christmas trees are a tradition in American homes and you can’t help but think of decorated trees when you think of Christmas.