One Injured In Highway 95 Crash 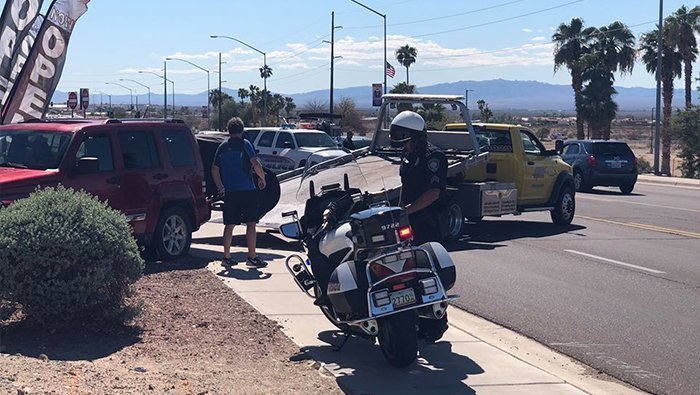 Bullhead City Police Off. Dale Osbourne said there were two separate accidents the department were investigating. The first accident involved a red Jeep into a wall near the entrance of Hibachi Buffet on Highway 95.

Osbourne said that crash caused a back-up of traffic in the northbound lane of Highway 95. At that time, three vehicles rear-ended each other. One injury was reported in that accident and the person, whose identity was not released, was taken by ambulance to the local hospital for further medical attention.

No other details were immediately available.