One Injured In Plane Crash Near Wickenburg 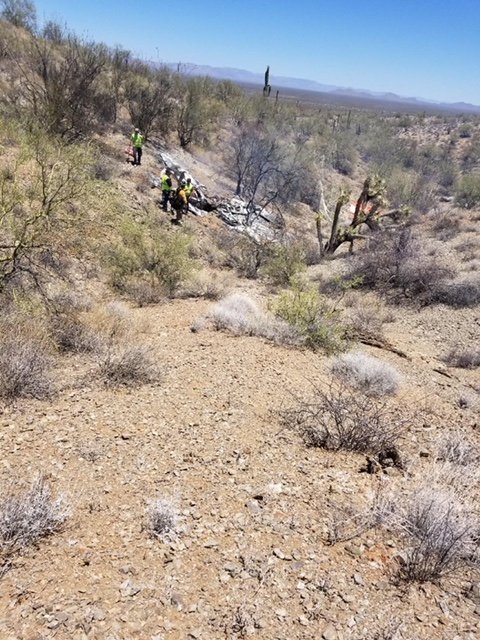 The plane carried two occupants when it crashed.

One was flown from the scene to a Phoenix area hospital, while the other occupant did not require medical attention, said Yavapai County Sheriff’s Office spokesman Dwight D’Evelyn.

The crash—which occurred in a very remote area west of Highway 71—had to be reached on foot by deputies, said D’Evelyn.

No additional information is available at this time. The FAA is investigating.

For all your news, visit www.thebee.news.

← Prev: California Couple Killed In I-40 Crash Next: Time To Reel It Up In The "Best Of The West" Fishing Derby →