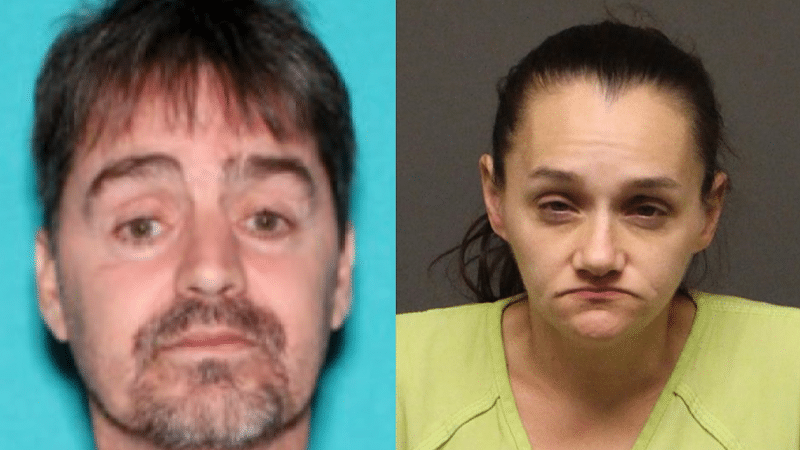 On Thursday, November 4th at about 8:30 p.m., police were called to Wal-Mart for a shoplifting complaint. Officers contacted one of the suspects, Rebecca Ervin, in the parking lot. The male suspect had reportedly fled once he was confronted by store employees when they attempted to leave with a cartful of unpaid merchandise. The male suspect presented a fake receipt for the items in the cart.

After a consent search of her vehicle, police located some methamphetamine, heroin, marijuana, drug paraphernalia, numerous forged receipts and equipment, including a laptop and receipt printer to create fraudulent receipts as a means to steal merchandise.

Rebecca Ervin was arrested for fraudulent schemes and artifices, forgery, shoplifting, organized retail theft, possession of narcotic drugs, possession of dangerous drugs, and possession of drug paraphernalia. She was booked into the Mohave County Jail in Kingman.

The male suspect, Ervin’s boyfriend – Tom Eugene Anderson Jr., 48 of Reno, NV – has been identified and is wanted by police for the same offenses. If anyone has any information on his whereabouts, please contact the Bullhead City Police Department at (928) 763-1999.