Person Of Interest In Missing Money Case Cleared By KPD 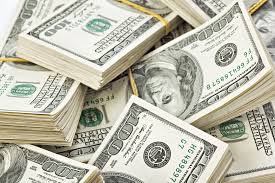 KINGMAN—A man wanted for questioning in the case of a missing suitcase reportedly with $170,000 inside has been cleared by authorities.

Kingman Police were seeking the public’s help in identifying a man after authorities believed he may have been connected to an open investigation.

KPD Deputy Chief Rusty Cooper said the man has been identified and is being cooperative with police.

“At this point there is nothing to confirm that this person took the suit case,” said Cooper. “Detectives are still investigating and viewing additional surveillance footage.”

On June 6, Kingman Police took a report from a local woman who reported accidentally leaving a suitcase at the Kingman Walmart earlier in the day, explained Cooper.

The woman reported that the case contained a large amount of cash.

The woman reportedly did not realize it was missing until she had returned home.

Cooper said the woman returned to the store and was unable to locate the suitcase. It was at that time she reached out to police.

The man recently cleared in the case was seen around 2:30 p.m. exiting the store and reportedly walking towards a cart. At some point he was reportedly seen bending down and walking southbound through the parking lot.

Anyone with information as to the whereabouts of a piece of luggage with a large amount of cash are urged to contact KPD by calling 928-753-2191; Mohave Silent Witness by calling 928-753-1234 or report tips online by going to www.kingmanpolice.com and clicking on “Give a Tip”.