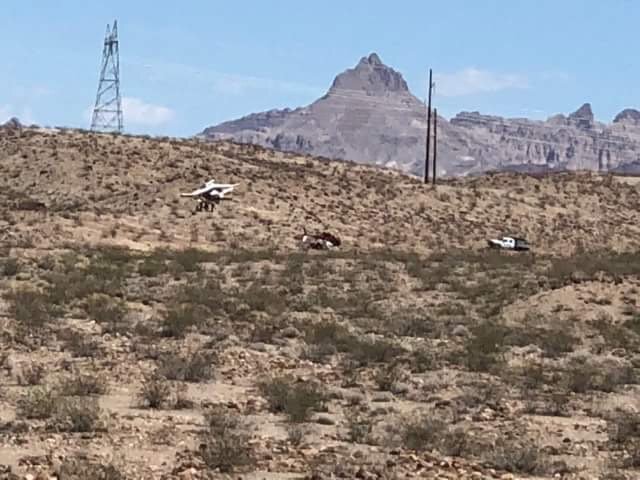 BULLHEAD CITY—Two people were injured Saturday after their plane crashed into a hillside off Silver Creek and Bullhead Parkway.

Bullhead City Police spokeswoman Emily Fromelt said the male occupant was taken from the scene to Western Arizona Regional Medical Center with moderate injuries. An unidentified female had to be extricated from the wreckage. She was airlifted from the scene and flown to Sunrise Hospital in Las Vegas with serious injuries.

It’s not known if high winds played a factor in today’s crash. The National Weather Service reported wind speeds between 15-20 miles per hour with gusts up to 35 miles per hour.

This is a developing story.

← Prev: Did You Know-Baron Employee Spotlight Next: Washington Couple Injured In Plane Crash →