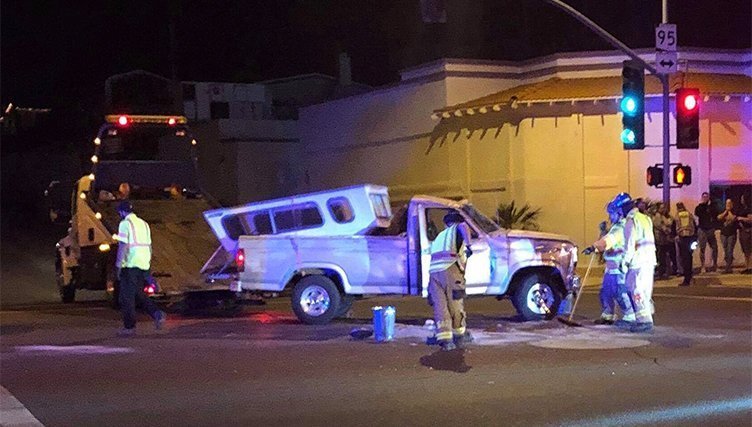 Bullhead City police spokeswoman Emily Fromelt said crews were dispatched around 7 p.m. to a collision at Highway 95 and Plata Drive.

“A Ford F-150 was traveling west on Plata Drive getting ready to make a left turn south onto Highway 95 when it was struck by a Nissan Rouge,” said Fromelt.

The impact of the crash flipped the truck onto its roof. Neither the driver of the Nissan Rouge or the truck were wearing their seatbelt’s.

The female drive of the truck was taken to Western Arizona Regional Medical Center with a shoulder injury. No other injuries were reported at the time of the accident.