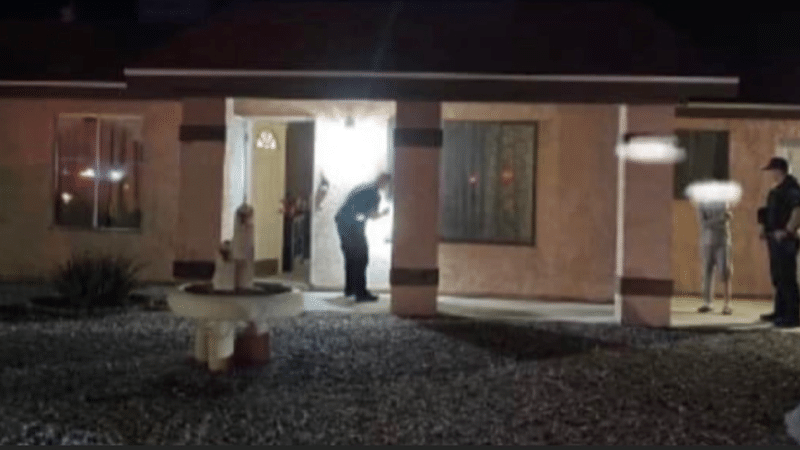 BULLHEAD CITY, Ariz. – April 8, 2022 – Bullhead City Police are investigating a shooting incident where a man was shot while inside his home by an unknown person/s in the 1800 block of Riviera Boulevard. Police are urging the public to report any information they may have on this shooting. At this time, Bullhead City Police believe the male victim was possibly struck by a stray bullet.

On Thursday, April 7 at 10:30 p.m., a woman reported her husband was shot in the hip while he was standing in the kitchen. The bullet went through a front window. The 62-year-old male victim was transported by Bullhead City Fire paramedics to Western Arizona Regional Medical Center with non-life threatening injuries.

Neighbors in the area reported hearing shots fired but no one has reported seeing anything. If anyone has any information, please contact the Bullhead City Police Department at (928) 763-1999.