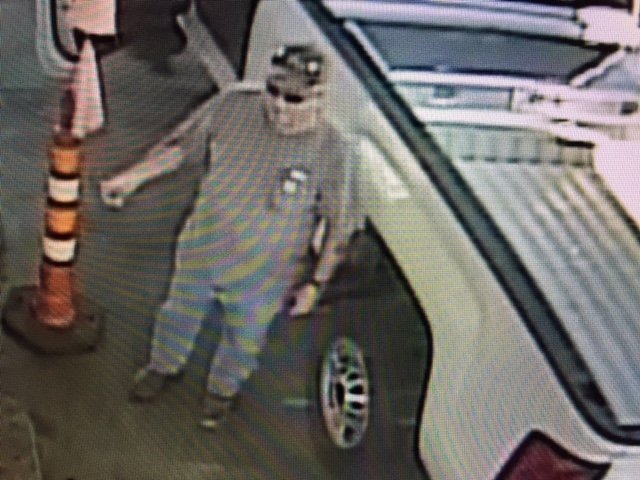 BULLHEAD CITY–The Bullhead City Police Department is asking for the public’s help in identifying a male suspect who allegedly assaulted a 70-year-old man.

Bullhead City Police spokeswoman Emily Fromelt said on Wednesday, June 20 at about 9:30 a.m., an employee reported he notified a male customer that he was driving the wrong way into the Sam’s Club Gas Station. The man started yelling at the employee, got out of his pick-up truck and punched the male employee in the head.

The victim was knocked to the ground and hit his head on the concrete. He is currently being treated at Western Arizona Regional Medical Center, said Fromelt.

The suspect was driving a white GMC single cab pick-up truck with an 8-foot bed. The male suspect is described as a white male, possibly in his 60’s, white hair, heavy build, approximately 250 pounds.

Anyone with information is asked to contact the Bullhead City Police Department at 928-763-1999.