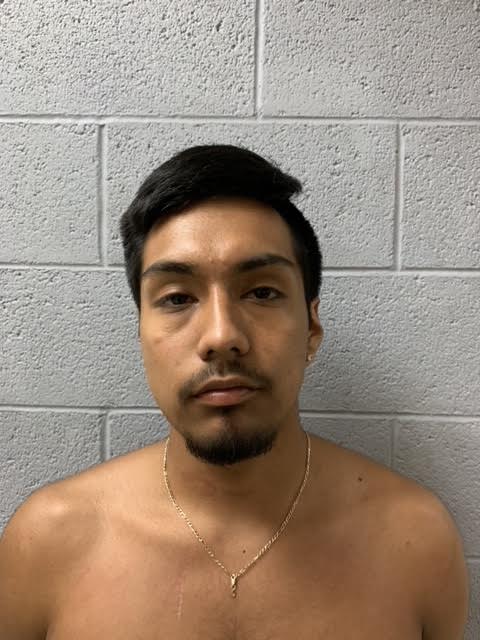 Per Lake Havasu City Police detectives, suspect Andres Aguilar is believed to be in the Bullhead City area.
If anyone has any information on his whereabouts, please contact the Bullhead City Police Department at (928) 763-1999, or via the Havasu Silent Witness anonymous tip applications listed below.

On May 30, 2022, at approximately 6:16 p.m., Lake Havasu City Police Department officers were dispatched to the London Bridge Beach, 1340 McCulloch Boulevard North, to a report of gunshots fired in the area. During the investigation, multiple handgun ammunition casings were found in the upper parking lot, and two vehicles and one building were struck by the shots that were fired.

The suspect, in this case, has been identified as 20-year-old Lake Havasu City resident Andres J. Aguilar. Aguilar’s current whereabouts are unknown. He is considered to be armed and dangerous and should not be approached.

Havasu Silent Witness is offering a $2,000 reward for information that leads to locating Aguilar.  Anyone with information is encouraged to contact the Lake Havasu City Police Department at 928-855-1171.  Anonymous information can be called into Havasu Silent Witness at 928-854-TIPS (8477). Citizens can utilize Havasu Silent Witness’ anonymous text messaging service by texting your message to “CRIMES” or 274637. Tips can also be submitted anonymously through a web page-based tip service at www.tipsoft.com or via the “TipSubmit” mobile application. Anyone using Android, Windows, or Apple platforms can download the LHCPD app and submit a tip through the app as well.