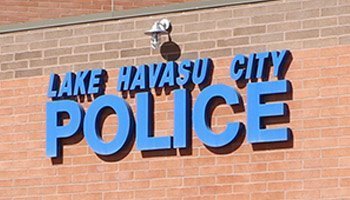 Detectives from the Lake Havasu City Police Department’s Criminal Investigations Unit are conducting an investigation into recent reports of stolen vehicles and thefts from vehicles throughout Lake Havasu City. The thefts have primarily occurred at night, and are believed to involve vehicles left unlocked while parked in residential areas. At this time, several of the stolen vehicles have been recovered after they were found abandoned, and due to the proximity and time frames of the crimes, are believed to involve one group of suspects working together.

The Lake Havasu City Police Department would like to remind citizens to secure your vehicles when leaving them unattended. Additionally, many steps can be taken to prevent theft including parking vehicles in well-lit areas, installing motion lights or anti-theft alarms, as well as security cameras. It is also highly beneficial to position security cameras in a location that can observe any items of value that are left unattended.

Anyone with information is encouraged to contact the Lake Havasu City Police Department at 928-855-1171.  Havasu Silent Witness will pay a $2,000.00 cash reward for information leading to the arrest of the suspect(s) involved. Anonymous information can be called into Havasu Silent Witness at 928-854-TIPS (8477). Citizens can utilize Havasu Silent Witness’ anonymous text messaging service by texting your message to “CRIMES” or 274637. Tips can also be submitted anonymously through a web page based tip service at www.tipsoft.com or via the “TipSubmit” mobile application. Anyone using Android, Windows or Apple platforms can download the LHCPD app and submit a tip through the app as well.