KINGMAN–What was set to be approved by the Mohave County Board of Supervisors Monday morning for a lifetime special use permit for a dog kennel in Golden Valley, ended in the scheduling of a public hearing after a neighbor of the kennel opposed the permit approval.

The permit renewal was placed on the consent agenda and was up for approval, however, comments made during the call to the public changed that. The kennel is located east of Araby Drive in Golden Valley.

Hopkins told the board they needed to know what they were voting on and provided photos of the kennel, which depicted a large amount of debris and trash on the property.

“This is how it has looked for the past six years,” said Hopkins. “They originally were in a blue mobile home with black, tarped fencing blocking the views of kennels.”

The new place, said Hopkins, is located next door to the old facilities and for the past four years, trash and debris have reportedly littered that property too. “It is a junkyard,” he exclaimed. “I live less than 100 yards and hear the dogs bark every morning and afternoon.”

Hopkins urged the board to not approve the consent agenda without investigating the property further.

District 4 Supervisor Jean Bishop called for the item to be pulled for discussion due to the opposition. Mohave County Attorney Ryan Esplin said because there was an opposition the item would have to go before a public hearing.

CORRECTION: The Bee incorrectly identified the dog kennel as For the Luv of Paws Sanctuary in Golden Valley. Their non-profit organization was also on the consent agenda (#11) for renewal of a special use permit, which was unanimously approved by the board. 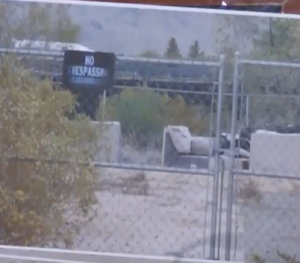 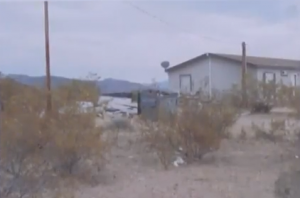