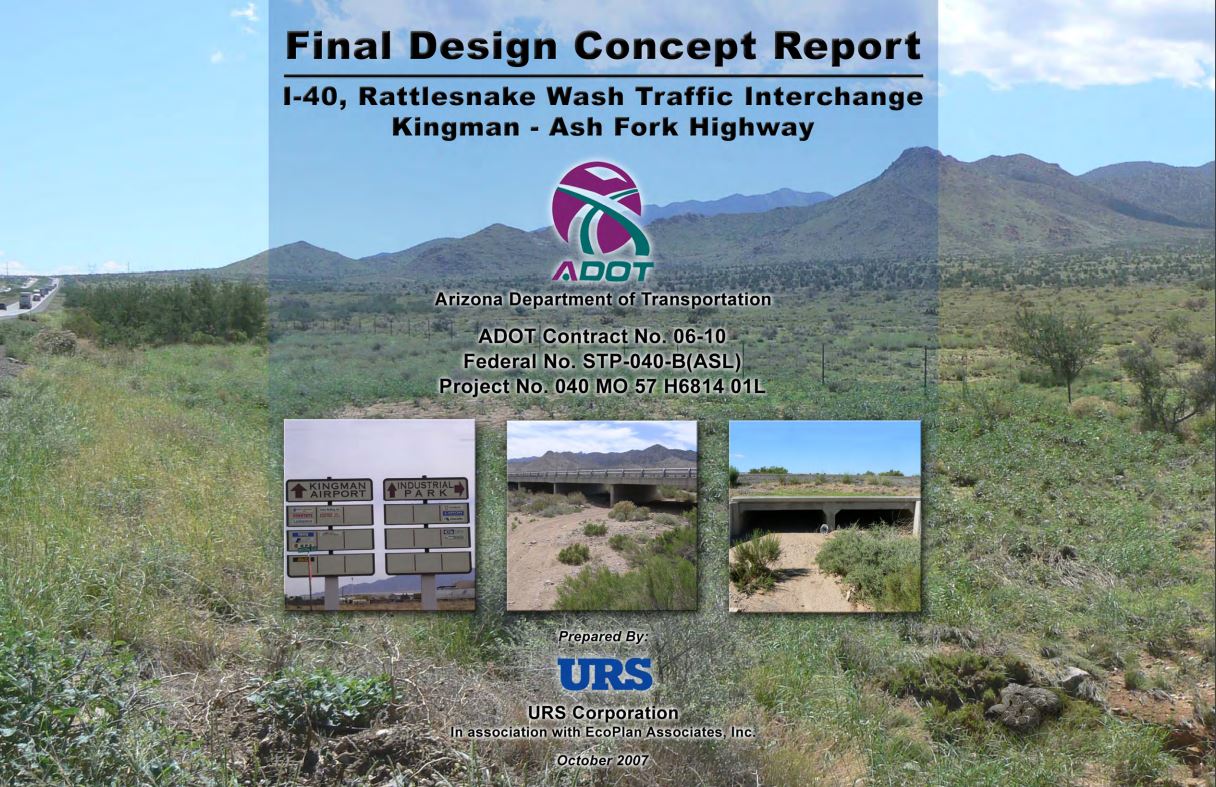 KINGMAN, Ariz. – The City of Kingman held a design meeting with ADOT staff and AECOM this week, and discussed next steps. Working on securing right of way clearance and working with landowners on a public-private partnership that will address funding for the connector streets and utilities; two key tasks moving forward, and keeping the project on schedule. Tentatively, the design could be completed by May 2020, and ADOT could potentially send the project to bid as early as July 2020.

Earlier this year, State Representative Regina Cobb was able appropriate $20 million for the Rancho Santa Fe interchange. Thanks to the advocacy of Representative Regina Cobb in the legislature, and long-standing support of leaders in the City of Kingman and Mohave County as well as the Kingman and Mohave Manufacturing Association (KAMMA), WACOG and others, state leaders are recognizing Kingman as an important area for economic development.

For over forty years, the Rancho Santa Fe interchange (previously known as Rattlesnake Wash) has been identified as critical transportation infrastructure needed to boost the economic vitality of northwest Arizona. The interchange and connector roads will connect Kingman’s Municipal Airport and Industrial Park to I-40 and the future I-11 commerce corridor.

The state’s appropriation provides a portion of the funding for the interchange. The City of Kingman is working with landowners on a public-private partnership that will address funding for the connector streets and utilities.

Founded in 1882 and incorporated in 1952, Kingman is the county seat of Mohave County located in northwest Arizona along Interstate 40, U.S. 93, and the historically famous Route 66. The city’s population is 28,068, and approximately 60,000 including neighboring communities. Kingman is a general law city that operates under a council/city manager form of government with a mayor and six councilmembers elected at large. City government provides a wide range of municipal services that include administration, development services, engineering, public works, parks and recreation, water, sewer and sanitation services, and fire and police.

← Prev: Walk Away from Drugs & 5K Run Next: Events coming to Lake Havasu →