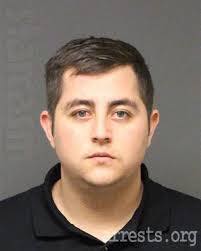 KINGMAN—A TLC reality star was arrested in Mohave County last week after a traffic stop on Interstate 40 uncovered close to 300 pounds of marijuana reportedly in the trunk of his vehicle.

Department of Public Saftey spokesman Bart Graves said Jorge Nava was traveling eastbound I-40 when he was pulled over near milepost 19. A search of his vehicle allegedly uncovered 293 pounds of high-grade marijuana.

Nava was featured on a season of TLC’s “90 Day Fiancé” where he reportedly stated his occupation was a marijuana salesman in California.

Court records show he was being held on $100,000 bond. Online jail inmate search does not list Nava currently incarcerated at the Mohave County jail inKingman.

← Prev: Driver Killed After Vehicle Struck By Train Next: Hailey is Home →