Released from custody after 30 year sentence

Rebecca Lanning was 7-years old when she went missing from Laughlin, Nevada where she was homeless with her mother & siblings in 1989. I’ve included articles about the case from the LA Times in the links below.

24-year old Timothy Quinton was also a transient staying in the area when he took the 7-year old girl to Bullhead City. Her body was discovered buried in a shallow grave near Fort Mohave. Quinton was arrested in California and extradited to Mohave County where he faced kidnapping & murder charges.
On April 26, 2019 we filed a FOIA (Freedom of Information Act) with the Arizona Department of Corrections seeking information about his status since we couldn’t find Timothy Quinton in public records. It is a common practice for high-profile persons to legally change their names while in prison. Today they were finally able to provide us his inmate #082976 and his new name is Christian Tworivers. He was recently released from prison on May 9, 2019.
The original crime reported by The LA Times in October 1989:

The discovery of decomposed remains in the Arizona desert may signal the end of a three-state search for a 7-year-old girl who was last seen alive Oct. 2 in Bullhead City, Ariz., with her suspected abductor, who was later arrested by police in Oceanside.

Arizona authorities say that the body–found in a shallow grave Friday on the Fort Mohave Indian Reservation–may be that of Rebecca Lanning. The girl who disappeared after riding a ferry with a man–identified as Timothy P. Quinton, 24, a transient from South Carolina–across the Colorado River to Bullhead City.

An autopsy conducted Tuesday in Tucson by the Pima County coroner should reveal the identity of the victim and the cause of death, said George Olsen of the coroner’s office. The results of the autopsy are expected to be available early next week.

The discovery of the body about 10 miles north of Bullhead City was reported to tribal police on the Indian reservation, said Jewell Potter, a spokeswoman for the Mohave County Sheriff’s Department. Two men searching for scrap metal “detected a strong odor” and found the grave, Potter said.

Accompanied by detectives from Bullhead City, Mohave County authorities uncovered the nude remains of a young girl, Potter said. The shallow grave was situated just off a dirt road used to enter an illegal dump, she said. Potter said the body was partially covered with pieces of scrap metal.

“There’s probably a good likelihood it’s her (the Lanning girl) but there’s no way to confirm that yet,” said Steve Chenoweth of the FBI‘s Phoenix office.

“Assuming that it is her, the federal government has no authority to prosecute,” he said, explaining that no interstate transit laws were apparently violated since the child was reported missing in Arizona. The role of the FBI, according to Chenoweth, will be to assist local authorities in investigating the case.

Quinton was arrested in Oceanside Oct. 7 on suspicion of auto theft and was returned to Arizona last week. He is now being held on suspicion of kidnaping in the Mohave County Jail in Kingman. Quinton, whose bail has been set at $250,000, has refused to cooperate with authorities, Potter said.

Evidence gleaned from Quinton’s car by FBI agents in San Diego County has been forwarded to an FBI laboratory Washington for analysis, Chenoweth said. Results that could link Quinton with the Lanning girl’s disappearance may take up to three weeks to materialize, he said.

The girl was living in a car with her mother and two other children in Laughlin, Nev., when she reportedly accompanied Quinton on a ferry ride across the Colorado River to Bullhead City. Rebecca’s mother, Cynthia McGee, told authorities that she allowed the child to make the trip with Quinton, whom the mother had met a few days earlier. 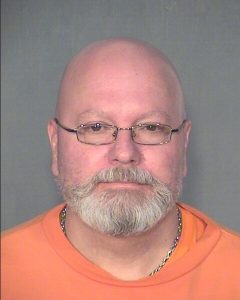 ← Prev: Residential Fire Next: Man gets shot twice during altercation →

Hemp seeds arrived by the Mayflower?

Separating hemp from marijuana is basically a matter of semantics, except when it comes to the law where things become...