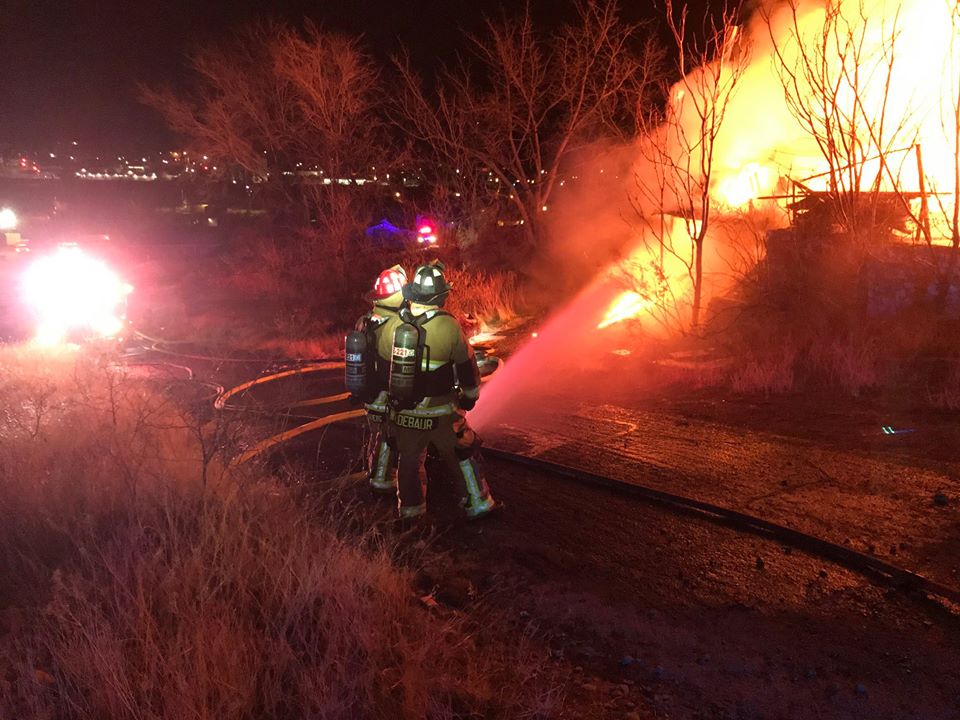 KINGMAN, AZ – Kingman Fire responded to an early morning unoccupied residential structure fire. Responding units were alerted at 01:11 AM, Engines 211, 241, 221, 231, Battalion 2, Chief 206 and AMR were dispatched for a possible unoccupied two story structure fire in the 600 block of South Fourth St… First arriving fire personnel found heavy fire and smoke exiting the structure. Crews were able to conduct a primary all clear on the first floor, but were forced to evacuate the structure as the structure was deemed unsafe to enter. Crews went defensive and started controlling the fire from the exterior as to prevent any injuries to fire personnel. Unisource electric was dispatched to the scene as live wires were inhibiting operations. The fire was brought under control within an hour after first arriving units, but due to extensive overhaul E211 and Battalion 2 remained on scene till approximately 11:30 AM. At this time there is no cause or origin as the structure was a complete loss.

← Prev: Burglary in Mohave Valley Next: Auditions and casting at Beale Street Theater →