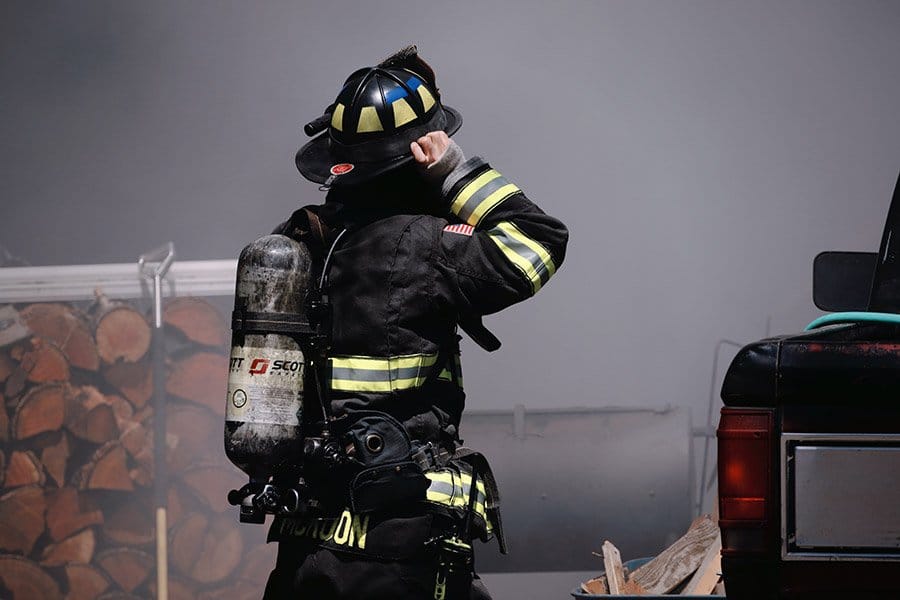 At approximately 1:00pm on Thursday May 27, 2021, a fire was reported by the occupants in the 200 block of Lava Lane.  The occupants discovered smoke and fire on their side patio area. The occupant discharged her fire extinguisher but was unable to extinguish the fire. She then evacuated the residence of an adult male and her seven year old grandson.

The first arriving fire company reported a working fire on the side patio.  Four Engine Companies, one Truck Company, and two command officers responded to the fire and gained control of the fire in 15 minutes.  The occupants evacuated the house safely.  There were no reported injuries to the firefighters.  CERT responded to the fire to assist with Rehab duties for the firefighters.  Crews remained on the scene an additional hour conducting salvage operations and investigating the fire. The cause of the fire is under investigation.

← Prev: ARIZONA STATE TROOPERS SEIZE OVER $6 MILLION IN ILLEGAL DRUGS IN TWO TRAFFIC STOPS Next: Coffee with the Mayor and City Manager →