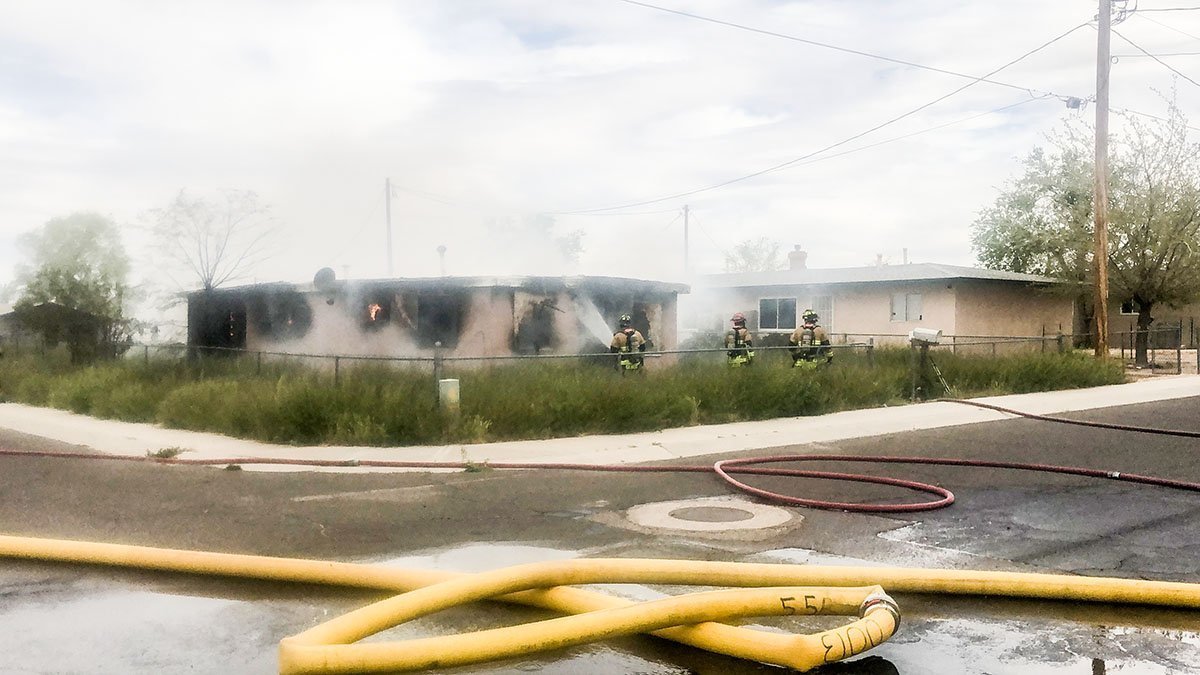 On Tuesday, March 2, 2019 11:21 AM, Engines 211, 221, 231, 241 and Battalion 2 were dispatched for a possible structure fire in the area of Simms and Jackson. First arriving fire personnel found heavy fire and smoke exiting the single family residence. Crews immediately began a defensive attack due to the heavy fire involvement throughout the structure. It appears that the structure was vacant as the windows and doors were boarded up. Personnel found the area of origin at the rear of the residence on the north/west corner. Crews were able to quickly bring the fire under control from the exterior through windows and doors. Once the initial fire-knock down was complete crews made entry to conduct a primary all clear for the possibilities of victims in the structure. The interior of the structure was vacant with no victims located. Overhaul and salvage operations continued to confirm that the fire was completely out. Kingman Fire Department investigators remain on scene to determine the cause. No firefighters were hurt during this blaze. Units from American Medical Response (AMR) assisted KFD and Kingman Police Department assisted with traffic control. At this time the cause and loss figures are inconclusive.