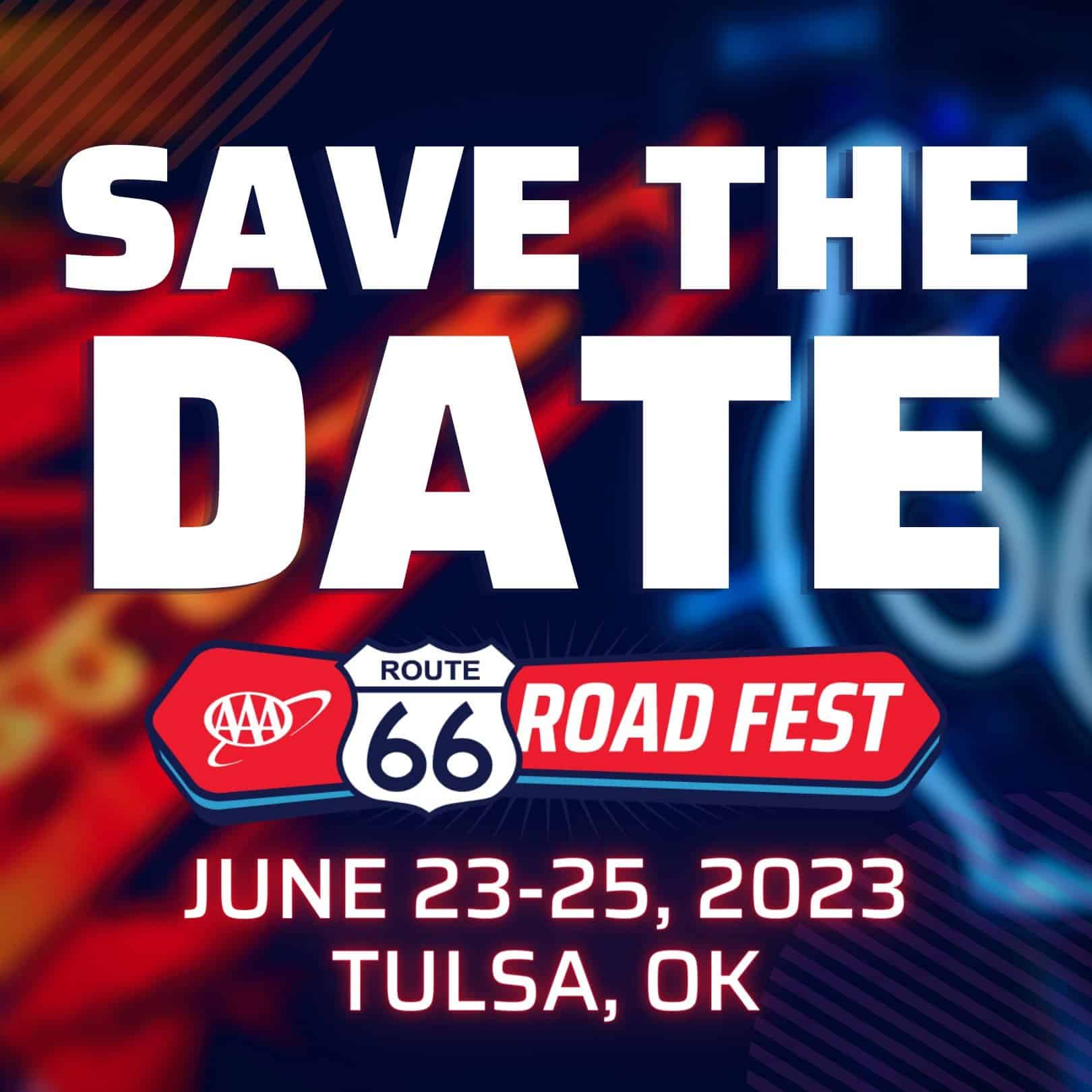 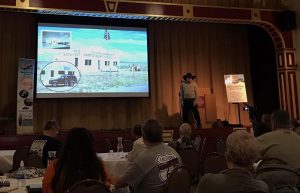 Author Jim Hinckley speaking at the 2022 Miles of Possibility Conference in Pontiac, Illinois

Internationally acclaimed author Jim Hinckley, creator of the Jim HInckley’s America travel network, will be answering questions aboout the recent Miles of Possibility Conference in Pontiac, Illinois and trends in Route 66 tourism at the Route 66 Association of Kingman Arizona November meet and greet scheduled for 5:30 on the evening of November 16. And at the associations Christmas Party on December 21, he will be making a Powerpoint presentation about the conference, Route 66 tourism trends, projects and initiatives associated with the upcoming Route 66 centennial, and his fact finding tour along the Route 66 corridor.

The annual Miles of Possibility Conference is promoted as, “…. the only annual conference that focuses on the history, preservation, and economic development of Route 66.” The keynote speaker at the 2022 conference was Stephanie Stuckey, CEO of Stuckey’s.

Open to the public the Route 66 Association of Kingman Arizona November meet and greet takes place at the Dirty Dough Pizzeria And Tap Room located at 532 E Beale Street. The associations meet and greet was conceived as a networking opportunity, and to foster an increased awareness about tourism and its role in economic development as well as historic district revitalization.

The December meet and greet, and catered Christmas party at Dunton Motors Dream machines, 119 E Andy Devine Avenue in Kingman, Arizona is also open to the public. However, seating is limited. So, as members have reserved seating an RSVP is required. For more information, or to reserve a seat, contact the association by calling (928)753-1314. 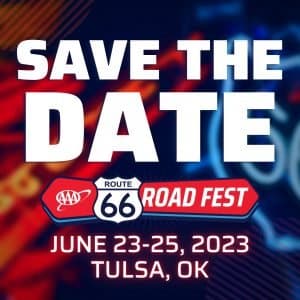 Established in 1994 the association’s projects that include funding of public art projects, graffiti clean up, receptions, neon sign acquisition and restoration, and Kingman area promotional initiatives are wholly member funded. The association, and the City of Tucumcari in New Mexico were sponsors of Hinckley’s tour and his attendance of the Miles of Possibility Conference.

The Route 66 centennial offers Route 66 communities a unique promotional and economic development opportunity. Communities located within proximity of the iconic highway may also benefit. A number of towns, cities, and states along the highway corridor are investing in the highways centennial.

As an example, the State of Oklahoma Route 66 Centennial Commission led by Lt. Governor is coordinating development of initiatives and projects with the Oklahoma Route 66 Association, the Route 66 Road Ahead Partnership, and city governments in Oklahoma City as well as Tulsa.

One of these projects was the AAA road fest that launched in 2022. AAA noted that, “In 2026, America’s Mother Road, Route 66, will be celebrating its 100th anniversary, and to celebrate AAA is creating the first ever AAA Route 66 Road Fest.”

The state of Oklahoma has noted that the events will take place every summer through 2026, the year of the centennial. The event is being promoted nationally to foster an increased awareness about Route 66 and to encourage people to discover America with road trips. 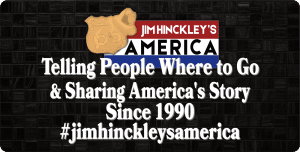 With the price yet to be announced, Norway based Hopalong Travel has announced that in 2023 it will begin taking tentative reservations for a Route 66 centennial tour. Several other tour companies based in Europe as well as Australia have announced similar plans.

Organizers for the Birthplace of Route 66 Festival in Springfield, Missouri, that place attendance for the 2022 festival at 65,000 people are making plans for even larger events in 2023, 2024, and 2025. And for the centennial in 2026, in partnership with city of Sprinfgfield and the state of Missouri, plans are being developed for a major centennial celebration linked to neighboring communities. 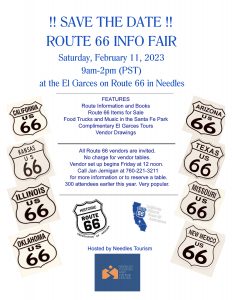 On February 12, 2023, the City of Needles in partnership with the California Historic Route 66 Association will be hosting a Route 66 info Fair at the historic El Garces complex. The event will feature authors, artists, historians, tourism consultants and directors, and community organizers that will answer questions about Route 66 travel, and provide promotional materials from communities as well as businesses. Tourism directors fromas far away as Atlanta, Illinois attended the event in February 2022.

A rebound in Route 66 and southwest tourism was evident in 2022. With increased media attention on the Route 66 centennial, and renewed interest in southwestern attractions such as those in the Grand Circle, projections are for a dramatic increase in reginal tourism over the course of the next few years.