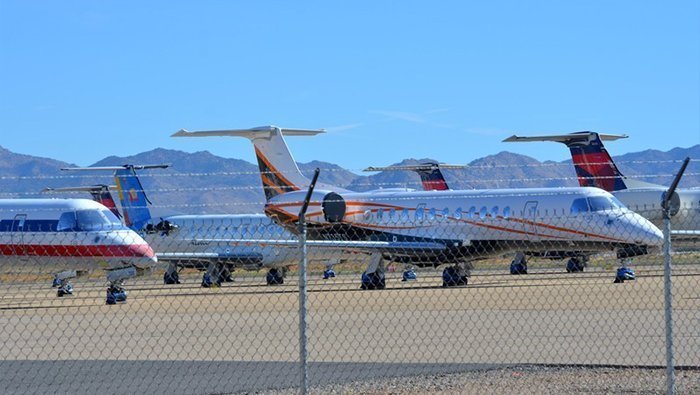 KINGMAN – The search for Airport General Manager at the Kingman Municipal Airport has been narrowed to two finalists. City staff will meet with the two next week to select a new General Manager for the Airport. The position has been held on an interim basis since the city assumed responsibility for management of the airport earlier in the year.

The two finalists are both well experienced in airport operations and management. One of the two candidates brings over ten years of experience in Arizona. Both have worked at multiple airports and have managed airports similar to Kingman’s in the past. They both are active in their communities and expect to become members of the Kingman community as well. A “Meet and Greet” is planned for next week where key stakeholders can meet the candidates.

“I have looked at the information gathered and believe both candidates are well suited for the position,” said Gary Kellogg, Kingman Director of Planning and Economic Development. “I look forward to meeting them in person and welcoming them to the Kingman community.”

The position of Airport General Manager is a newly-created position for Kingman and will report to the Planning and Economic Development Director.

The Kingman Municipal Airport and Industrial Park (IGM) was constructed in the1940’s by the Army Air Corps as a gunnery training base. The airport was turned over to city ownership in 1988. Since that time, the airport has been municipally owned by the city of Kingman and operated by Kingman Airport Authority, a not- for-profit corporation that leased and sold the airport and industrial park property under a management agreement for the city of Kingman. In 2018, Kingman Municipal Airport and Industrial Park operation was returned to the city to be operated as a department for the city.

The recruitment for the Airport General Manager position is being conducted by Aviation Career Services, an aviation consulting and recruitment firm based in Chicago, IL.